Praying for the End of White Supremacy

Yesterday, January 6, at noon, I interviewed Jemar Tisby about his new book, How to Fight Racism. At the same time that we talked about the way understanding history helps us understand the current moment, President Trump encouraged his supporters to march in protest to the grounds of the United States Capitol.

Later on in the day, after it became clear that President Trump would encourage “peace” on Twitter while at the same time praising the people who forced their way into the Capitol, I thought about the history that got us to this moment.

Not just the history of the past four years, in which Trump has spoken incendiary words and supported division and animosity. I thought about the history of our republic. The history of ideals of freedom and democracy. And the history of white supremacy, which has undermined those ideals for centuries.

President Trump has built a brand based upon white supremacy, the often-unspoken assumptions that have run throughout the history of the United States that people with Western European ancestry are superior to everyone else, and therefore deserve the power and status to rule over everyone else. That brand was on display in full force yesterday.

President Trump has built a brand based on a lie. A lie about the foundations of American democracy. Even more fundamentally, a lie about what it means to be a human being, what it means to share a common humanity as individuals created and beloved by God.

My hope and prayer is that yesterday we witnessed the death throes of white supremacy. And that we will do nothing to keep it alive, and everything we can to hasten its destruction, for the good of our nation. 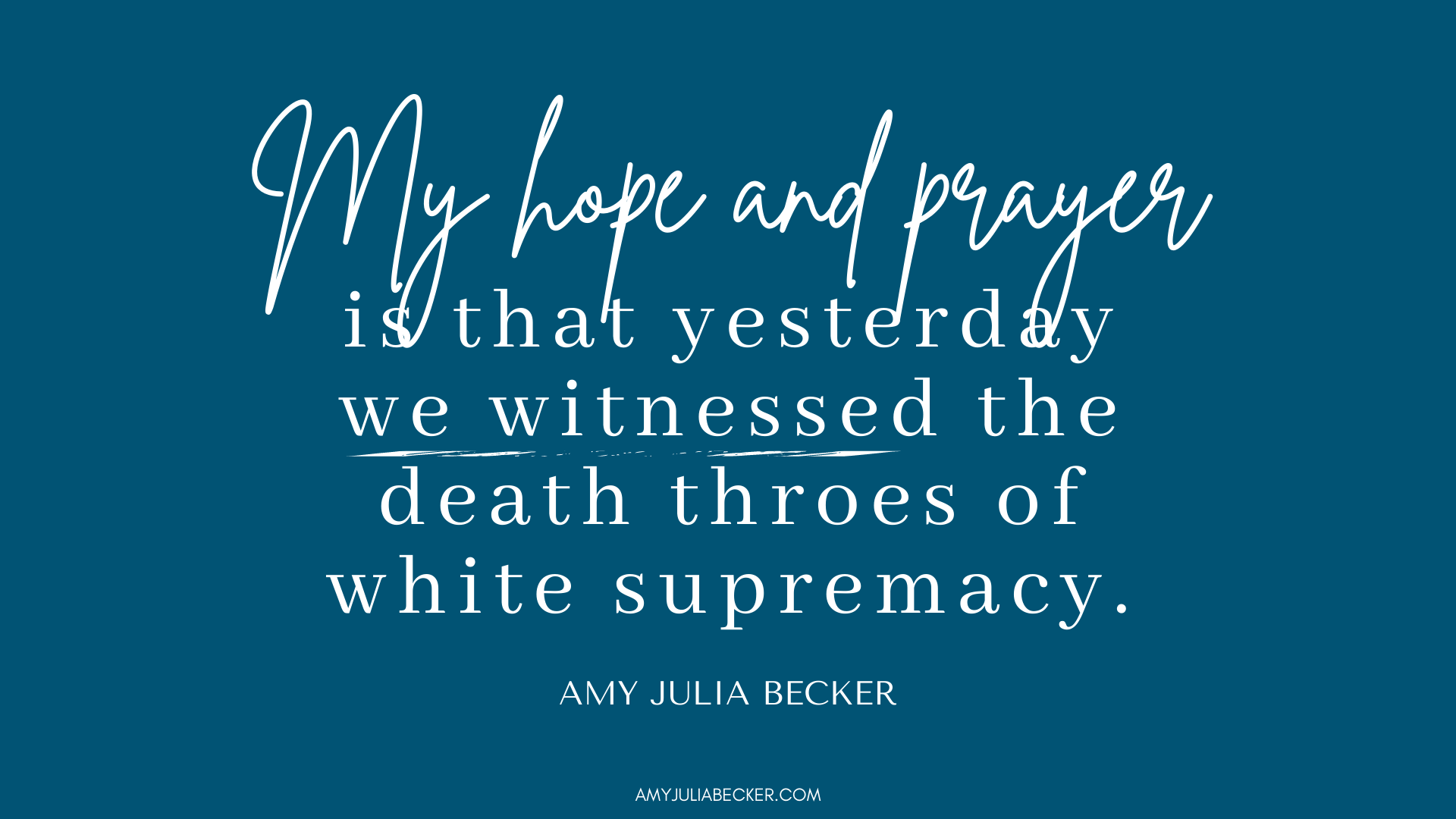 To learn more with Amy Julia: