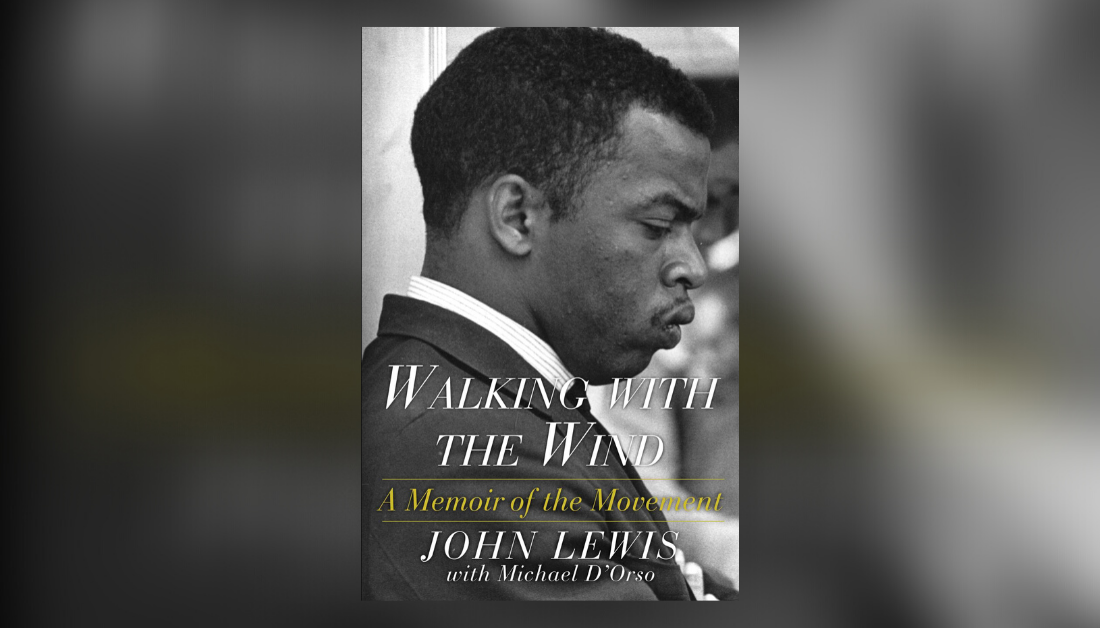 If you’ve found yourself with additional time to read in this era of social distancing, I want to recommend Walking with the Wind: A Memoir of the Movement by Congressman John Lewis (written with Michael D’Orso). It’s a long book, but for anyone interested in contemporary United States history, the theology of nonviolent resistance, love, hope, and/or the ongoing struggle for justice and equality—these 500 pages are worth your time. And in this current moment, going back to another tumultuous time in our history helps us to consider how we can live by love instead of by fear.

Throughout the book, Lewis takes an unusual position: he critiques this nation with its history of injustice and brutality against people of color at the same time as he upholds the ideals of this nation and pursues justice and peace through political action. He upholds the beauty and truth of the founding ideals of the United States of America even as he insists that these ideals have not been realized and the struggle does and must continue. Faith in the relentless love of God undergirds both his realistic critique of structural injustice and his hope for a better future.

I’ve learned Civil Rights history before through textbooks and films, but Lewis gives both an intimate portrait and a sweeping overview of this time period. His stories held my attention and compelled my heart in a way few other descriptions of this time have done.

As a young man, Lewis literally walked through the streets of Selma and on to Montgomery, marched on Washington alongside Dr. King, was beaten and imprisoned and witnessed firsthand the horrors of assassinations and violence. Throughout it all—and to this day—he retained his belief in the power of nonviolent resistance and healing love.

John Lewis explains this philosophy as he describes the sordid conditions of his weeks in jail and the wounds he endured from the sticks and clubs of police officers:

The struggle was against a system, the system that helped produce people like that. We didn’t see these young guys who attacked us that day as the problem. We saw them as the victims.

Lewis, in other words, has compassion for the people who beat him. He has love for the men and women who shouted curses at him. He cares about the healing of powerful and powerless alike.

Lewis’ peers began to advocate for a separatist resistance as far back as the early 1960s. They argued for self-defense. They distanced themselves from the ethic of nonviolent loving resistance. Their position makes a lot of sense. Why should they take more abuse from the white establishment that has oppressed and brutalized them for centuries? Why should they deny themselves the right to self-defense?

It is a love that accepts and embraces the hateful and the hurtful. It is a love that recognizes the spark of the divine in each of us, even in those who would raise their hands against us, those we might call our enemy . . . It is the ability to see through those layers of ugliness, to see further into a person than perhaps that person can see into himself, that is essential to the practice of nonviolence.

I commend this book for its intimate view of history. Even more, I commend it for a glimpse of what it looks like—in the midst of turmoil, hatred, and fear—to live a life of love.

PrevPreviousA Three-Minute Invitation to Peace
NextThe Foundation is Shaking: Coronavirus and Living in Love {Ep. 103}Next