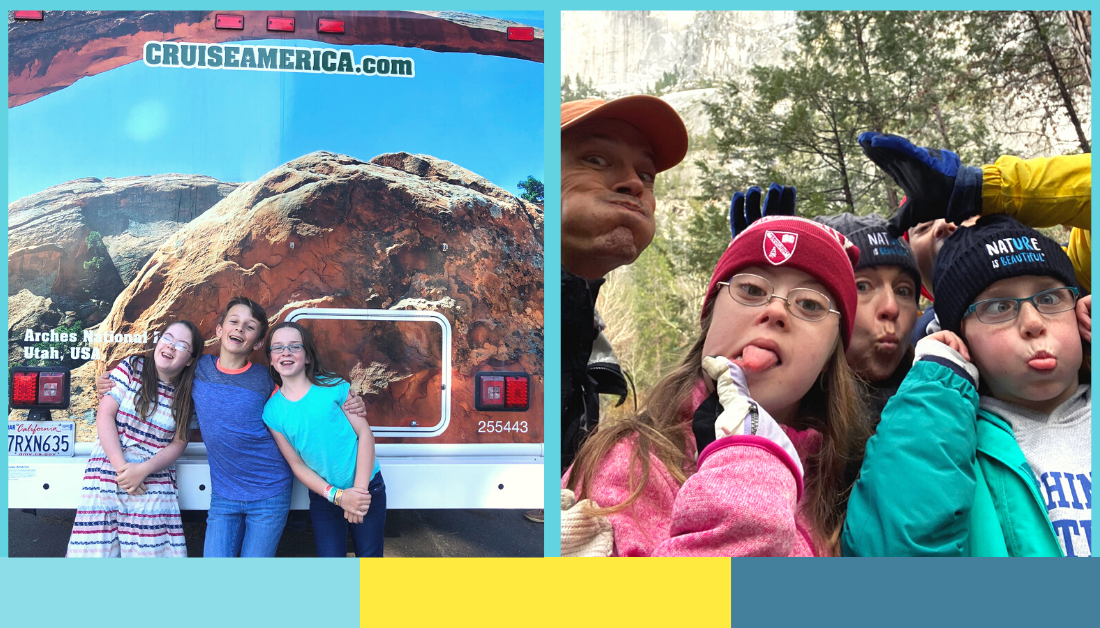 Seven nights in an RV taught me about a cotton candy life and the invitation to a different way, a way that leads to full life, full to overflowing.

We had long, meandering conversations. We gave thanks. We laughed and got annoyed with each other and lived together in a very small space (Truth be told, I did feel some sense of accomplishment that I lived in an RV for a week). We didn’t think profound thoughts or have rapturous spiritual moments.

But sitting in those open spaces, standing under those cliffs and forests, walking alongside rivers and waterfalls—it called to a deep part of my soul.

There’s a place within each of us that is quiet, gentle, and slow. Much like the trees in a forest, that place doesn’t shout for attention. Much like a pool of water, it doesn’t show off its depth. Rather, it whispers an invitation every so often, if only we have ears to hear. 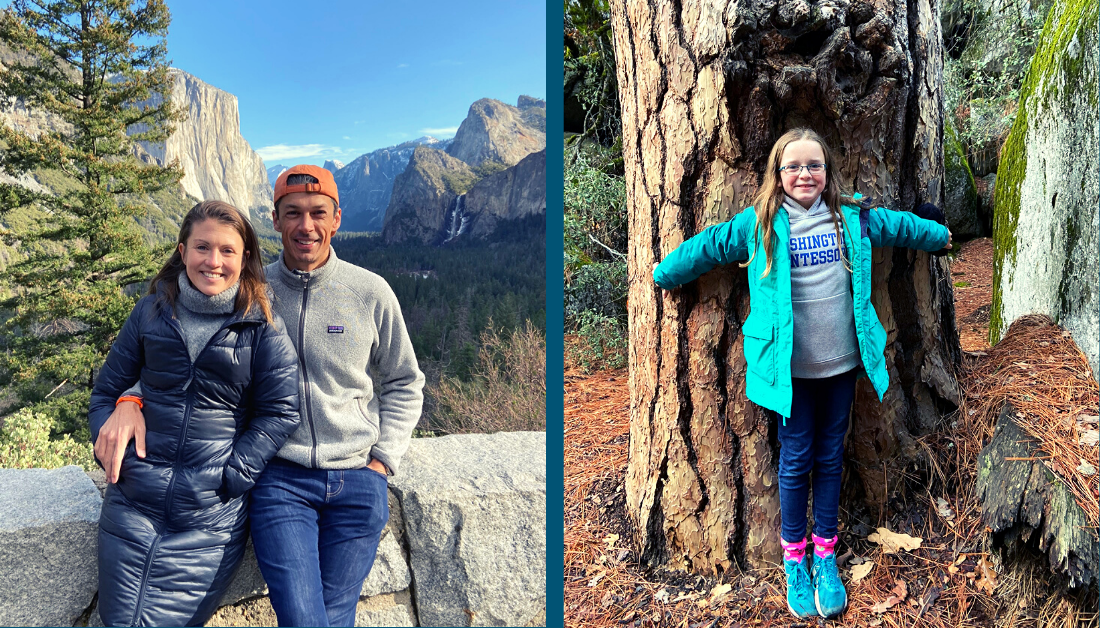 We picked up our RV outside of San Francisco. Our itinerary called for two nights in Yosemite, one in Sequoia, one in Death Valley, two more at the South Rim of the Grand Canyon, and a final night in Joshua Tree.

Over that week, we learned some cool stuff about geology, with the stubborn force of time pushing and pulling the land and rock into what have become majestic views. The trees along the way stood as object lessons—the scrappy, quirky Joshua trees, the grand and expansive redwoods and ponderosas—all patiently, quietly thriving. We saw spectacular vistas—cascading waterfalls in Yosemite, shimmering salt and sand in Death Valley, the light of the sunrise on the Grand Canyon.

During that week, Penny talked about her Sweet Sixteen (in two years’ time) and William explained to me how plate tectonics work and Marilee asked questions about how we know if God is real.

During that week, we laughed until we cried because Penny couldn’t find her socks until Marilee pointed out that she was, in fact, wearing them.

During that week, we lay on our backs on a picnic table and pointed out Orion’s belt (“Old Ryan’s” belt, Marilee would say) and the Big Dipper and Cassiopea’s chair in the heavens. 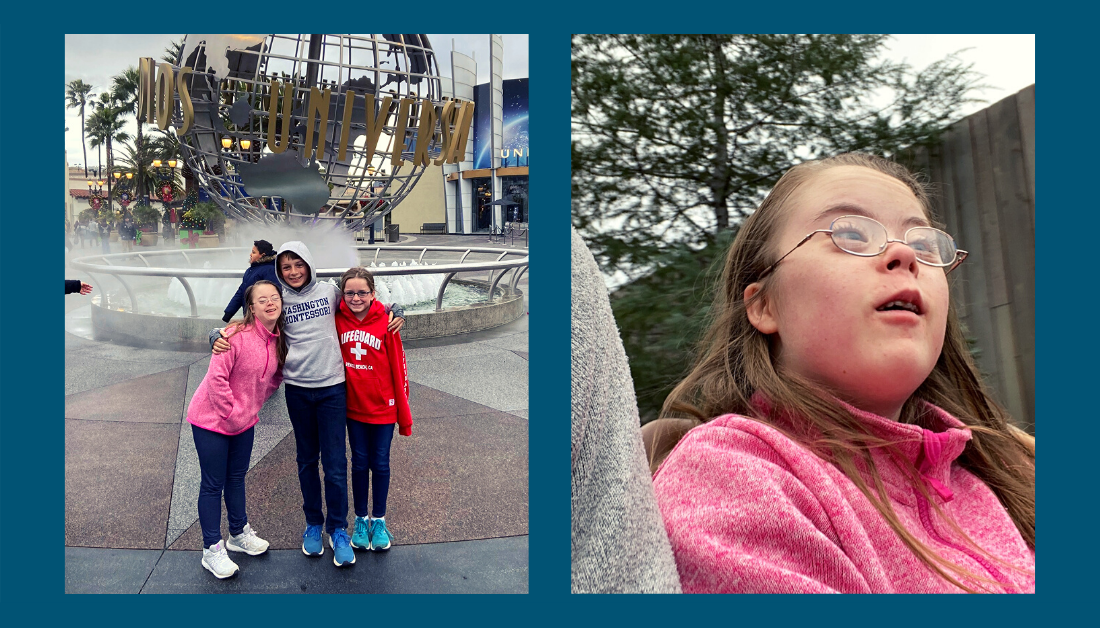 A few days after we dropped off the RV, we gave our kids their Christmas present, a day at Universal Studios Hollywood. We rode through Hogwarts Castle and Jurassic World. Penny conquered her fear and rode a roller coaster all by herself.

We saw how special effects are made and toured the sets of famous movies. The kids ate cotton candy and bought jelly beans and butterbeer, of both the hot and cold varieties. 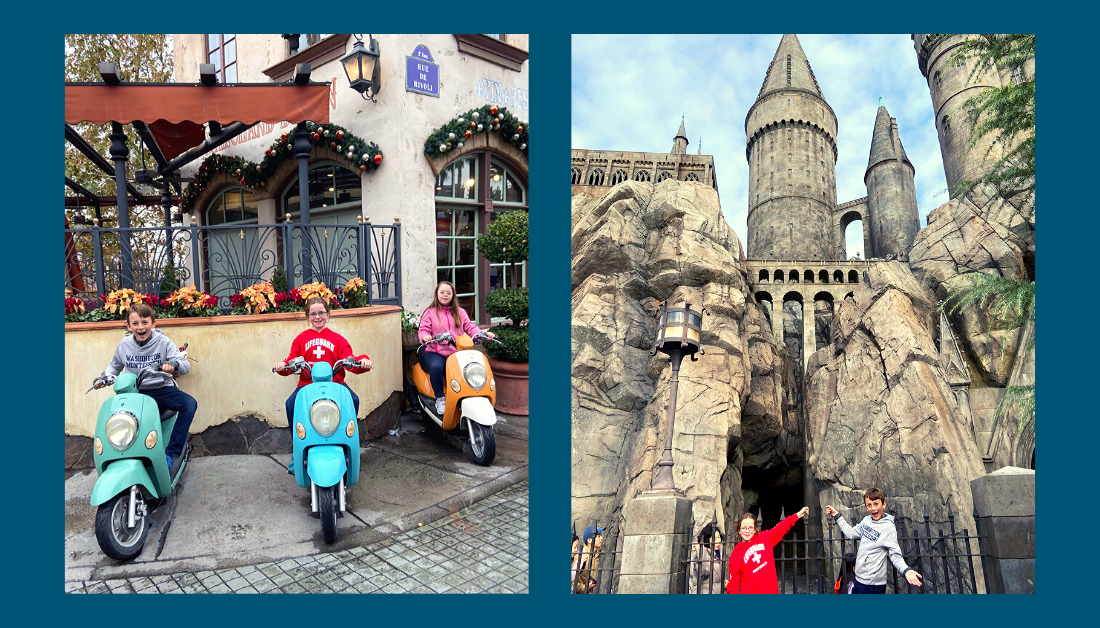 We had a lot of fun. But it also stood in vivid contrast to where we had been the week before.

More Than the Cotton Candy Life 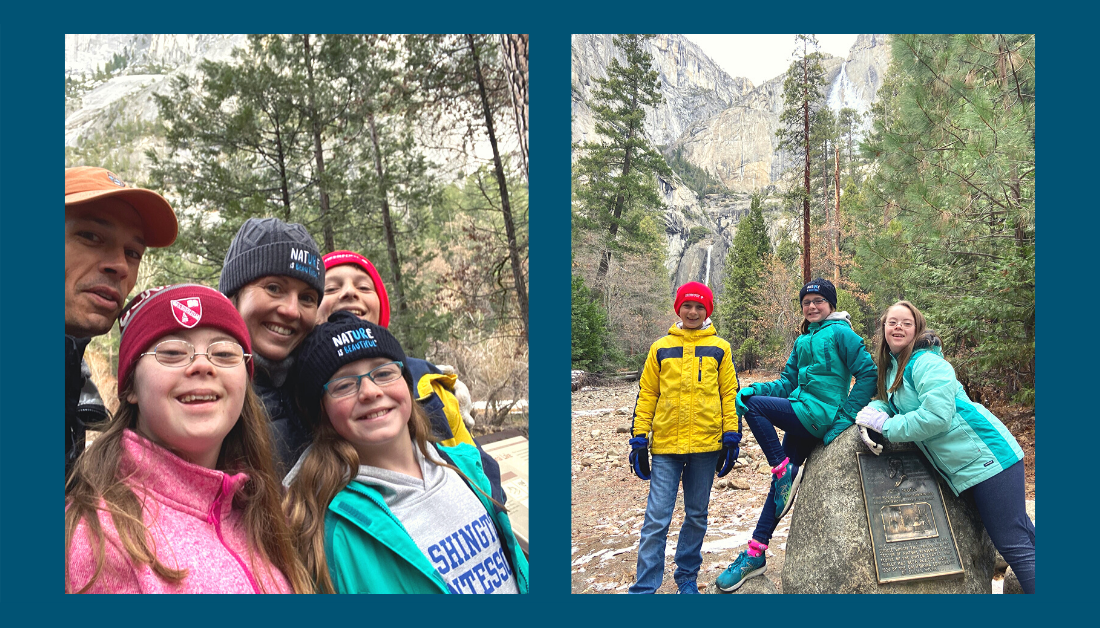 Over the course of our week in the RV, I had the chance to read The Sabbath as Resistance by Walter Brueggemann, and I listened to Dallas Willard talk about spiritual disciplines. They both advocated intentional acts of what we would commonly call self-denial—practicing the Sabbath, practicing silence, solitude, and simplicity.

These disciplines deny the consumer mentality of immediate gratification. They stand in contrast to a day like ours at Universal, where we said yes to everything we wanted and then had some more.

One of the things Dallas Willard emphasized was that spiritual disciplines aren’t about morality. There’s nothing inherently good about fasting, for instance. There’s nothing inherently sinful about talking instead of remaining silent, of being with people instead of practicing solitude. If these disciplines are practiced in order to demonstrate morality, they fail. If they are done in order to be righteous, they really are just boring and serious. They result in shame and guilt rather than life and freedom.

The life of the Spirit does call into question the goodness of a cotton candy life, but only because it puts before us an invitation to a feast that is both delicious and sustaining.

Rooted and Grounded in Love

When we finished the trip, I bought three coffee table books (I like to think of them as pictures books for grownups) about trees—the newly illustrated version of The Hidden Life of Trees by  Peter Wohlleben as well as Wise Trees and Trees: Between Earth and Heaven. 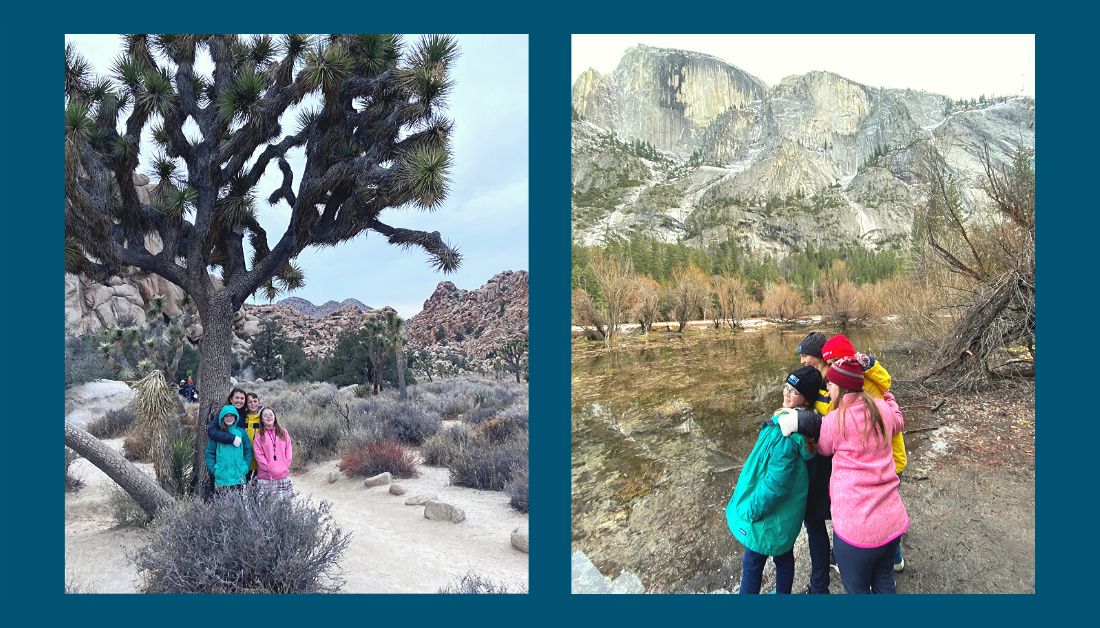 Now that we’re back, I spend some time every week paging through and gazing at the array of specimens within their pages. These trees are ancient, hundreds and even thousands of years old, dating back to before Jesus was born. There’s one photo of thirteen people spread out along the trunk of a tree in Mexico.

In Ephesians 3, Paul prays that followers of Jesus would be “rooted and grounded in love,” and his words remind me that I don’t need a rapturous sunset to know the deep and sustaining love of God. I can sink into the soil that grows us with patience and gentleness and grace in my very own living room. I can cultivate a practice of listening to the one who called creation into being every day.

The National Parks are certainly worth visiting, and I hope I will return often. But they are also a call to recognize the beauty and spaciousness within each one of us. And they are a reminder that I will turn to thrill rides and cotton candy to fill me up unless I pay attention to the beauty and life within my soul, unless I cultivate ears to hear the voice of love.