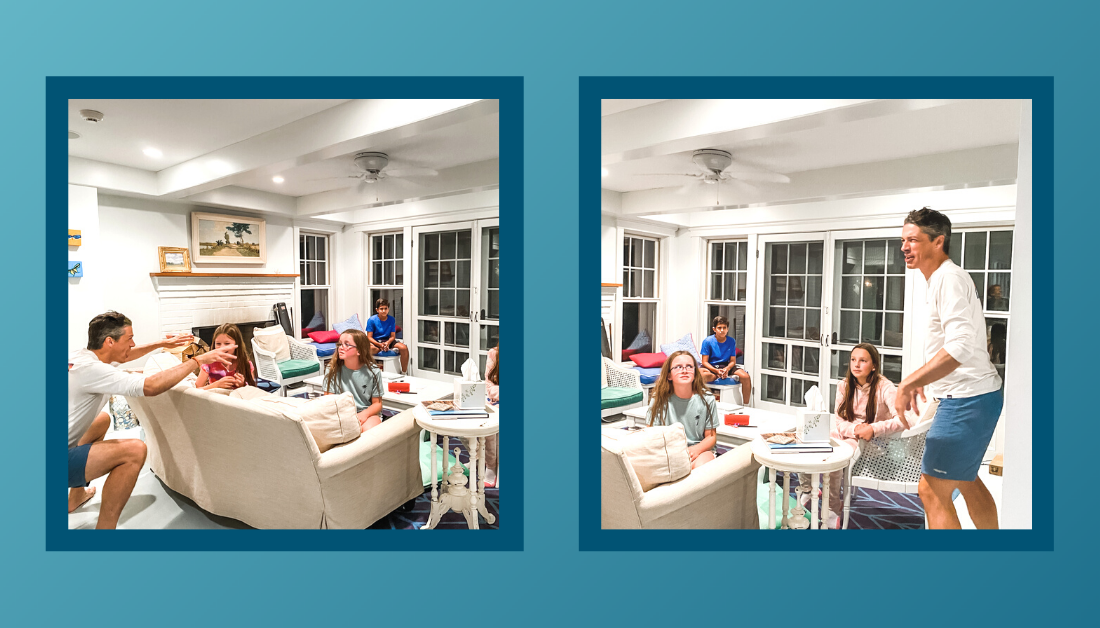 We’ve had a little more family time to play games this summer, and we’ve enjoyed hearts and charades and backgammon and kickball and a special version of hide-and-seek we learned from our Danish cousins. But I want to share our favorite game of the summer, which is called the Name Game. It is perfect for a group of about a dozen people of multiple ages. (Warning: it’s hard to believe how fun this will be until you try it. Just trust me.)

The Name Game | Here’s how to play:

—Assign one person to be the judge. This person won’t play the game this round.

—Have everyone else write down the name of a person who will be familiar to most people in the group. This can be the name of a historical figure, fictional character, celebrity, or even someone in the room.

—The judge reads all of the names slowly, two times through, in the same order. Everyone needs to listen closely, because this is the only time you will hear the names read and ideally you want to remember all of them.

—The youngest person starts the game. S/he tries to match one name to the person in the room who wrote down that name. If the guesser gets it right, s/he becomes a team leader and the person whose name was guessed now joins the guesser’s team, and they make another guess with their collective wisdom.

—If the guesser guesses wrong, the person to their right guesses next. Over time, teams will consolidate. If the leader of one team matches the name of a person with the leader of another team, that entire team migrates to the first team. This continues until only one person or team wins.

For example, my niece Margaret said, “Uncle Peter, are you Beyonce?” Yes, he was, which is to say, he had put the name Beyonce in the hat. So now Margaret is the team captain and Peter is on her team and collaborates with her to try to figure out what our friend Romesh has put in the hat. So then they guess SpongeBob, but Romesh did not put in SpongeBob, so the game moves along to the next guesser. (For the record, Romesh had written Santa.) Eventually, Margaret’s sister Virginia guesses that Margaret put in the name Justin Bieber, so Virginia is now the team captain with both Margaret and Uncle Peter on her team.

PrevPreviousWelcome! (And Some Random Facts About Me!)
NextWhat’s Wrong With Having Down Syndrome?Next