Why We Need Both the Pastoral and the Prophetic 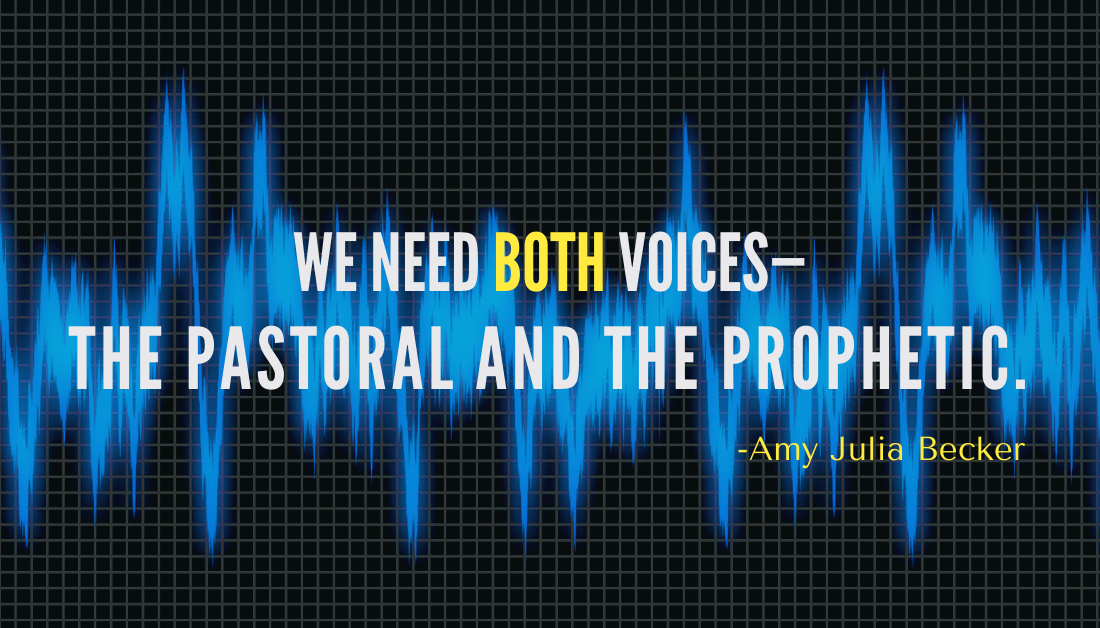 What’s the difference between pastors and prophets?

For me, prophets conjure up images of bearded men of old, pronouncing doom upon society if we don’t pay attention and change our ways. Pastors conjure up something more contemporary and more gentle. A pastor waits and listens and accepts people where they are. A prophet insists on change and speaks and challenges people to move where they need to be.

We’ve still got both pastors and prophets, though I hadn’t thought much about the two types of voices or their distinctions until my friend David Bailey pointed it out to me. David is an African American Christian man who works to equip churches to become reconciling communities. After he read White Picket Fences, we had a number of long conversations. At one point he said, “Many books out there about race and justice right now use a prophetic voice, and that’s important. But you use a pastoral voice, and we need that too.”

I hope David is right that White Picket Fences is pastoral in tone, and I hope my work supports the more prophetic voices out there also advocating for love as the way to combat injustice and distorted humanity in our society. Because we need both of these things.

A Story of Change

I think back to the story of Derek Black. Black was a teenager who hosted a prominent radio show sharing his white nationalist views. He decided to hide this part of himself when he attended a liberal arts college in Florida. Eventually, he was exposed and many people on campus rejected him for his views. But Matthew Stevenson, an orthodox Jewish student on campus, decided to continue to invite Derek to his weekly Shabbat dinner. Derek had been attending these dinners before people knew of his white nationalism, and Matthew decided to welcome him back to the table. And Derek came back. Over time, Derek changed his views, rejected white nationalism (which meant a major break with his family–his godfather is literally David Duke), and became an advocate for a very different way of seeing the world.

When I first heard his story through an article in the Washington Post, it seemed like a simple story of the importance of a pastoral presence. Matthew, alongside other students at this dinner, loved Derek despite his views. They never condoned his views. But they listened. They broke bread together. They persevered in love.

But then I heard an interview between Derek, Matthew, and Krista Tippett for On Being and the story got a little more complicated, and a little more interesting. At one point, Tippett sums up the story as a story of friendship, as if friendship was what changed Derek’s mind.

He interjects and says it wasn’t just the friendships. It was also the people who were protesting his presence on campus, holding placards and shouting about the injustice of his point of view. In other words, it wasn’t just the pastoral voice that changed him. It was also the prophetic. What changed him was the combination of both people who would break bread with him and people who called out the injustice of his position.

Which leads me back to White Picket Fences and David Bailey’s observation. I’m hopeful that White Picket Fences can and does serve a pastoral role, especially for white people who are taking some hesitant first steps towards examining the role unearned social advantages have played in their lives. I hope it gives people time and space to learn and listen and love. But I’m also grateful for the prophetic voices out there—Kathy Khang, Christena Cleveland, Ekemini Uwan, Austin Channing Brown—who call us to make change now, who name injustice in stark terms, who make some of us feel uncomfortable. I hope and pray that this combination of pastoral and prophetic voices will bring lasting change and healing.