A Note on the Terms in White Picket Fences 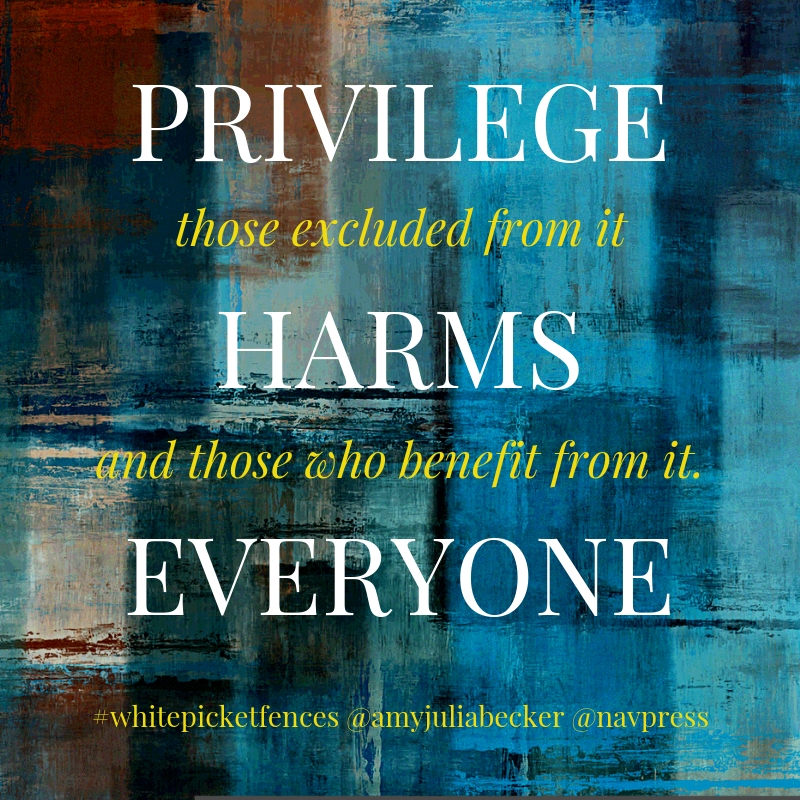 White Picket Fences addresses the topic of privilege, giving particular attention to race, class, and disability. I chose to use the term “African American” most of the time within these pages because studies show that white people implicitly associate the word “black” with negative ideas, whereas the word “African American” connotes more positive and respectful attitudes to a white audience. That said, I’m aware that “African American” is not nearly as descriptive or positive among the people it purportedly describes.

Many “African American” people choose to describe themselves as “people of color” or as “black” because these words demonstrate an affiliation with a broader spectrum of minority racial and ethnic groups and with people from the Caribbean. In addition, the term “African American” underscores an imbalance in our language (and our culture). Most people don’t use the word “European American” to describe white people, especially white people whose relatives have been in this country for generations. For “African Americans” and “European Americans” who have lived on this soil for hundreds of years, identifying us by our continent of origin many centuries ago seems anachronistic and imprecise.

Precise language poses a problem because it reflects a problem that already exists. Language can shape culture, but it also reflects culture. The past century has seen a progression of terms to describe non-white people, and the fact that no term quite works only serves to demonstrate the ongoing discomfort we have as a culture in figuring out the intersection of national identity and racial identity and personal identity and all the other ways we identify ourselves. A similar story can be told in looking at the language used to describe people with what we now call “intellectual disabilities.” White Picket Fences certainly doesn’t begin to solve the problem of language, but I hope to avoid contributing it.

The other term that deserves some explanation comes up even in the subtitle of this book, and it is used throughout. The dictionary defines privilege as “a right, immunity, or benefit enjoyed only by a person beyond the advantages of most.” An online etymology search tells me privilege is a word that has been around for centuries, and it initially indicated a legal way one person had a leg up in comparison to another. Historically in America, whiteness has meant privilege, with laws that granted white men the right to vote, laws that decreed white people counted as full human beings while those of African descent did not, laws that dictated who could, and could not, marry. Even in more recent years, laws have made housing and education more available to white people than others. People in possession of powder cocaine (who happened to be far more likely to be white than black) received significantly shorter prison sentences than people in possession of the same amount of crack cocaine (far more likely to be black than white). These examples don’t even touch the ways in which the law is unevenly applied depending upon racial status—the statistics that demonstrate that skin color often correlates with who will be pulled over on the highway or at an intersection, the numbers that tell us white drug use is higher than drug use among African Americans and yet black men face incarceration over drug offenses at a much higher rate than their white contemporaries.

Racial inequity is a fact of American history and of American contemporary life. Still, whiteness is only one aspect of privilege. Some people use the word privilege to mean affluence, which speaks to the ways wealth can buy opportunities and education and access to work, all of which can translate into glorified social status. Wealth is often, but not always, associated with whiteness. Privilege still functions within our legal code, but it also functions as a social code, a code that offers membership to private clubs or schools or job opportunities only to those with certain cultural backgrounds or, sometimes, the ability to pay for admission.

When I write about privilege, I am writing about both the legal and historical meaning of the word and the social meaning. I have started to think of privilege as a Venn diagram of race, socioeconomic class, religion, and genetics (and various other factors) that both protects and constrains those who fall within its boundaries. Check out my blog posts on what privilege is not and what privilege is.

PrevPreviousHope for Healing: Engaging with the Problem of Privilege
NextFive Memoirs to Read Alongside White Picket FencesNext