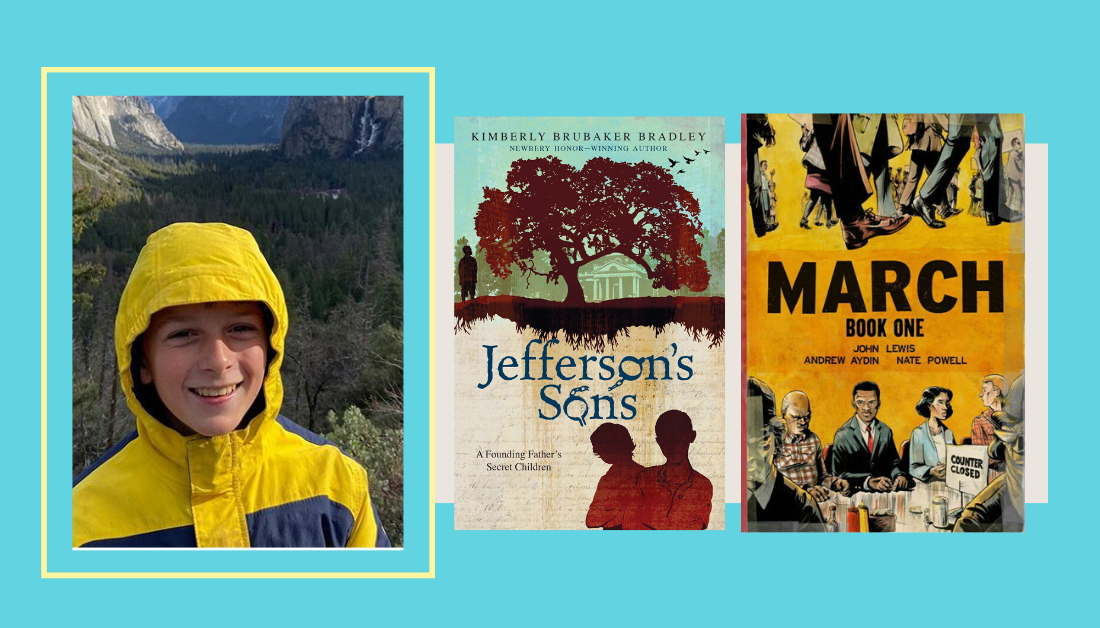 One of the fun things about our Civil Rights tour was the gift shops at the end of each tour stop. At every location along our way, we looked for magnets, and we found some great ones in these museums (Rosa sat so that Martin could walk, Martin walked so that Barack could run, Barack ran so that all our children can fly…), but we also picked up some terrific books related to African American (which is also to say, American) history.

The girls read Who Was Rosa Parks? and Who Is Barack Obama? and Who Was Maya Angelou? They say they recommend these books, but that’s all I could get from them. 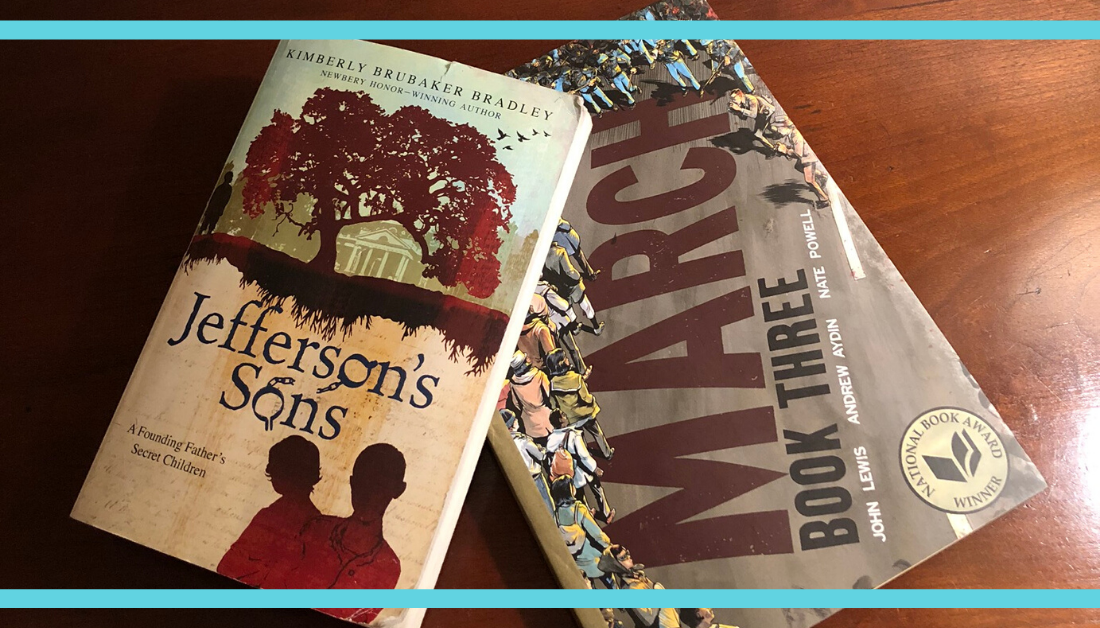 “Jefferson’s sons is a historical fiction novel about Thomas Jefferson and his secret children that he had with one of his slaves, Sally Hemmings. It goes through their lives living at Monticello knowing that their father is owning them and hardly pays attention to them. I think that this is a good book for middle schoolers, but I think that adults might enjoy it as well. I think that this is a very good book.”

(I read this one too and thought it was extremely well written. Although it is very much historical fiction—we don’t know much about Jefferson’s relationship with Hemmings or their children—it imagines what it would be like to grow up with an enslaved mother and a white father who is also the President. I recommend this for all adults as well!) 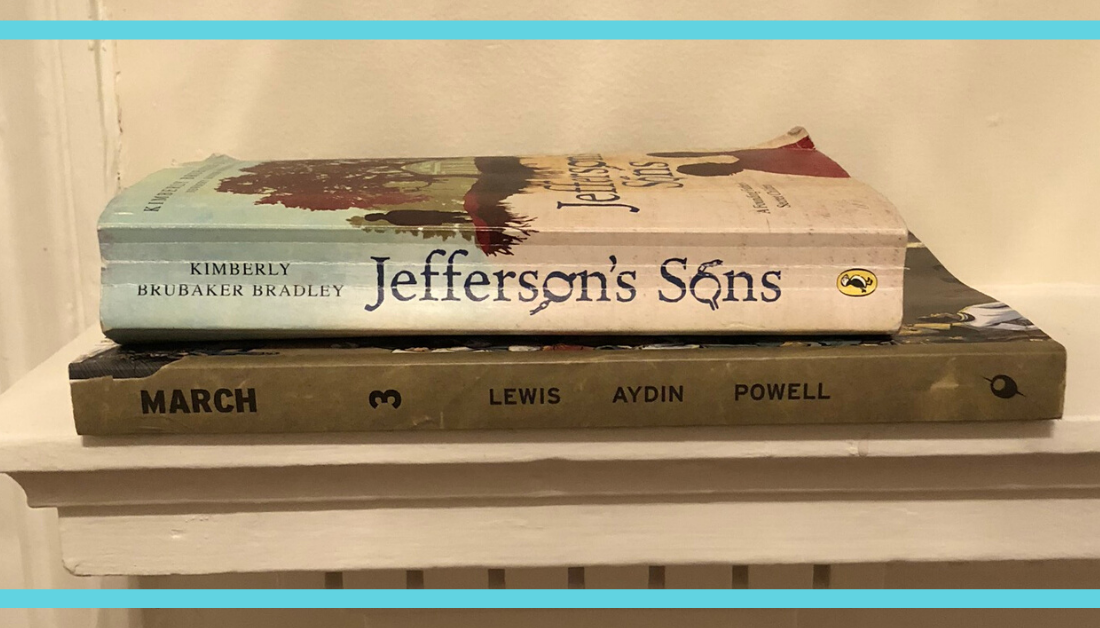 “The March series is a series of graphic novels written by congressman John Lewis of Georgia. He describes in these books what it was like to be a young man in the south during the civil rights movement, He was a strong Civil Rights activist and also led many of the important marches during the movement. I think that this would be a great book for middle schoolers. It is not a particularly hard read, but the content is intense.”

I haven’t read the March books, but I did just listen to an interview between John Lewis and Krista Tippett that I also highly recommend. In it, he talks about what it looks like to put love into action. It is rare for me to catch a glimpse of what it means to put Jesus’ words into action so clearly.

On this day when we celebrate the Rev. Dr. Martin Luther King Jr.’s life, it seems worthwhile to also celebrate the life of Congressman John Lewis, who was mentored by King and spoke alongside him during the march on Washington.