The Difference Between White Fragility and Vulnerability

Robin DiAngelo’s book White Fragility has soared to the top of the non-fiction bestseller list. If you haven’t heard of it before, here’s a podcast interview with Jonathan Capehart in which she talks about her work, and here’s a 20-minute video in which she explains it as well. The idea behind “white fragility” is that white people have generally grown up without a sense of racial identity. We think of whiteness as the norm, and so we haven’t had to do the work that other racial/ethnic groups have needed to do to understand our identity in terms of race.

Not only that, but white people have grown up knowing that “racism” is bad, so when ideas like “systemic racism” come up, white people often hear those words as an accusation about their moral status and culpability for social problems. When this lack of consciousness about race and identity is exposed—in conversations about white privilege or racism or the like—white people often feel defensive, brittle, fragile. That defensiveness can easily turn to aggression or withdrawal (fight or flight) and the work of listening, learning, and loving one another gets lost.

White Fragility in My Life

I think there’s a lot of truth in DiAngelo’s work. I’ve experienced that sense of fragility in my own life. For example, when I listened to the Seeing White podcast and I learned about various ways American institutions have written laws and exercised power to benefit white people like me and exclude all others, I felt as though my sense of self (as good, caring, morally upright) could break into pieces.

Or there’s the time when I compared my own experience with Barbie as a young white child to my friend’s experience with Barbie as a young Black child as if they were the same, and then I felt like I needed to apologize for the false equivalence. At that moment, a part of me wanted instead to just withdraw from the relationship and hide. I didn’t grow up understanding the deep history of racism and injustice in America. I didn’t grow up realizing that racism can be subtly, insidiously present even when I thought I had good intentions. It was hard to face my own participation in racism and consider the implications of that reality. DiAngelo’s term “white fragility” aptly applies to me.

Concern with the Term “White Fragility”

But, despite their helpfulness, those words concern me. The words “white fragility” can be lobbed like a weapon against white people who are just starting to consider whether there is any truth to concepts like “systemic racism” and “implicit bias.” It’s easy for anyone who has “woken up” to these social problems and their root causes to feel and show disdain for those who have been sleeping. These people—people like me—might simply be exhibiting classic white fragility. But they also might be experiencing vulnerability. If we confuse the two (white fragility and vulnerability), we will fail to invite white people into the work of racial healing.

I first thought a lot about vulnerability when our daughter Penny was born and diagnosed with Down syndrome.

White Fragility Is a Defensive Mechanism

White fragility needs to be exposed and shed.

But white people also need places where they can experience vulnerability. White people need to have safe places to process being white. To admit shame and guilt and fear and anger and distrust and hurt and grief and gratitude and confusion and questions. To recognize the ways they have wounded others, and the ways a culture built upon whiteness has wounded them as well. Moreover, white people need to put down the defensive shield of white fragility in order to be able to live into the fullness of their being. White fragility and vulnerability have different destinations. Vulnerability leads us towards our humanity because it allows us to receive and to give love.

In this national moment of reckoning and awakening, as thousands of people read White Fragility and protests continue and more and more people ask, “What can I do?”—let us look for ways to shed our fragility and make space for our vulnerable selves.

Micha Boyett and I talk about vulnerability and fragility in tomorrow’s episode of the White Picket Fences podcast. We also talk about Down syndrome, the really real, and the way contemplation relates to activism. I hope you’ll join us!

(If you don't receive a message from me soon, please check your spam folder or reach out to me via my contact page.) 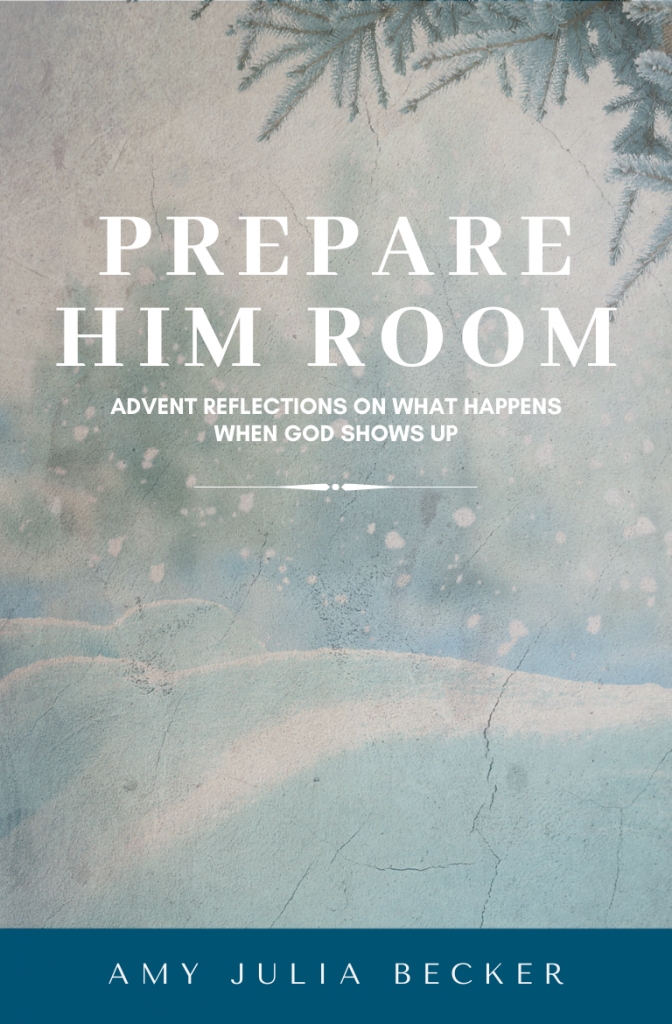 I WANT TO GIVE YOU MY FREE, DAILY GUIDE THROUGH THE SEASON OF ADVENT!
(includes e-book and audiobook)