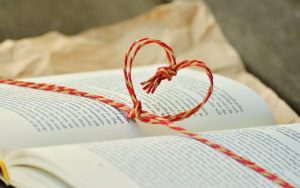 “Anyone who has been raised in a Christian context has been taught that human beings are sinful. From every early on (in the Biblical story), we chose ourselves over God. We chose—and we keep choosing—self over love… Sin is a huge and serious problem. Sin fights against love. Sin separates us from love.

“But sometimes we forget that sin and love are not equal powers. Sin and love are not two forces in constant and equal opposition within our natures. Love existed before sin entered the world. And when Jesus died on the cross, love conquered sin. Sin is a fact of human existence—any newspaper will demonstrate that—but it is also a temporary condition that does not have the same power as love.

“Sin is a grievous interruption, a tragic interlude. But we need to remember that before sin existed, love was present and real. And at the end of time, sin will be gone and love will remain. Only love will remain.”

I preached on love (again) last Sunday at the Presbyterian Church of Old Greenwich. Here’s a link to the audio version. 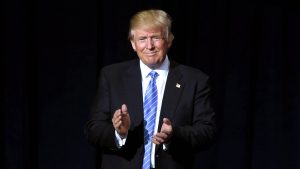 For those of you who speak German, my Washington Post article from last week was translated and published over there yesterday. Let me know if anything seems really off! And if you missed it in English, here’s the link. 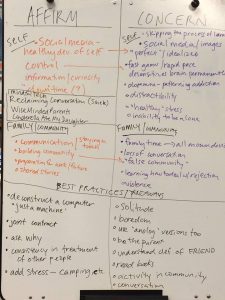 Anyone out there concerned about how technology is affecting us? Personally? As a family? For our children? We are asking all sorts of questions–when should Penny get a phone (she, age 11, says yesterday. I say when she’s 14. Peter says “how about never?”)? Should we let William save his money to buy his own “electronic”? How much screen time on a daily/weekly basis? Is there a difference between watching a show and a movie? Between different types of video games? Does socialization in the 21st century depend upon screens? What is the proper use of social media for kids? How do we control technology instead of allowing it to control us?

I led a conversation at our kids’ school today where we tried to parse out what we affirm and what we are concerned about when it comes to screens. Then we talked about “best practices.” You can see our white board discussion in the photo. Meanwhile, here’s some additional reading if you want to join the questions around this brave new world:

Saving the Self in the Age of the Selfie: An article from The American Scholar about the need for healthy stress in our lives and how smart phones make us too comfortable for our own good.

Our Minds Can be Hijacked: The tech insiders who fear a smartphone dystopia: An article from the Guardian about people who have worked in the tech industry and decided to walk away.

Have Smartphones Destroyed a Generation? The Atlantic’s viral article about social media use and isolation and depression among adolescents.

Three Fears about Screen Time for Kids and Why They’re Not True: This TED talk by Sara DeWitt, who works for PBS Kids, challenges the idea that screen time is detrimental to kids.

Do Our Devices Control More than We Think? TED speaker Tristan Harris talks about why he doesn’t work for Google any longer because of the ethical issues he confronted while there. 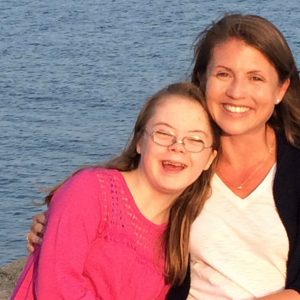 What is a day in the life of a kid with Down syndrome like? I had a chance to write about Penny for the A Day in the Life with Down Syndrome blog today. I reflect on Penny’s life right now and some of the questions I used to have:

“Years ago, I wondered what life would be like right now. I worried about other kids—Would they be mean to her? Would she be left out? I worried that I didn’t hear much from other parents of kids with Down syndrome this age. Was it because their kids weren’t cute any longer, as some readers of things I wrote when Penny was little told me to expect? Was it because life with Down syndrome in middle school was hard and no one wanted to tell that story, or no one wanted to read about it?”