So when we were in Washington, D.C. last month for a short spring break trip, I wasn’t surprised by Marilee’s questions: “Why is that man holding a sign saying he’s hungry?” “Is that lady with lots of bags homeless?” “Why are there so many police cars?”

But then she asked, “Isn’t it sad that man is in a wheelchair?”

So I said, “I actually think it’s pretty cool that man has a wheelchair that can help him get around.”

She wrinkled her forehead.

I’m pretty sure I know what she was thinking.

“Marilee,” I said, “I don’t feel sad that you have glasses.”

“In fact, I feel happy that you have glasses because they help you see clearly. And I can’t say for sure how he feels about being in a wheelchair. But right now he doesn’t look sad, and it doesn’t look like he’s in pain, and it looks like he’s getting where he wants to go with his friend.”

“You mean, my glasses are like wheelchairs for my eyes?”

Scholars write about the “social construct of disability”– all the ways that our society teaches us to understand both physical and intellectual disability as categorically negative, and even tragic. The old way of signifying parking spaces for people in wheelchairs exemplifies this view, with a static image:

The new icon of an empowered person in motion in a wheelchair reflects a new understanding of the possibilities inherent for people in wheelchairs: 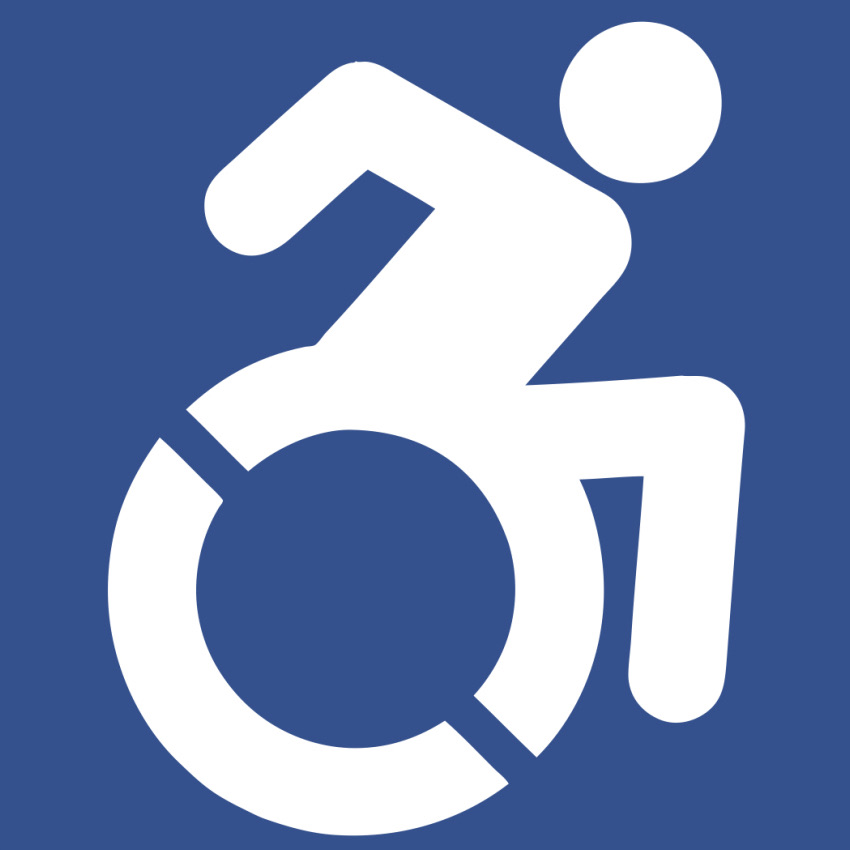 The language we hear and the images we see reinforce and even help to shape what we believe is true.

It’s now a month later, and I just asked Marilee for permission to tell this story. Her face lit up at the thought of being included in something I write. But she also said, “you mean that time when I learned glasses are like wheelchairs for my eyes?” It was a small moment and a subtle shift of perception that might help her—and me—to see the world more clearly.