Changing the Game: Explaining Exclusion, Tolerance, Inclusion and Belonging to Fourth Graders (and the rest of us!) I explained this progression to a group of 4th graders when I spoke at the National Cathedral School last spring by asking three of them to come up to the front of the room. I asked two of them to throw a ball to each other. I then asked the class how they could exclude the third girl. It was easy to come up with the answer. They pointed her out of the room.

Then I asked them what it would look like for this girl to be tolerated. “She can watch the game and be in the room,” they said. “But she can’t play.”

We then moved to the idea of inclusion. At that point, the two girls playing ball became a circle. The two original girls got fewer turns throwing and catching. The new girl got to participate. She played by the rules that had already been established. She conformed to the current reality.

“But what if,” I asked the class, “this new girl has never learned these rules? Or what if she’s never played before? Or what if her body or brain are different so she can’t throw and catch or she drops the ball all the time?”

One option, of course, was to move back to tolerance or exclusion.

The other option was to prioritize the relationship with the third girl instead of prioritizing the status quo of the game.

“Oh!” one student said, with her whole arm held up high, hoping I would call on her. “Oh! You just change the game!”

This last statement represents an attitude that leads towards belonging, where the system is built in such a way that it doesn’t simply include diverse kids but it actually facilitates a sense of belonging for each of them. It facilitates a sense that we need one another.

It was a simple exercise, designed to give nine year olds a sense of how they could welcome other kids with disabilities, but this same illustration helps me think about welcoming people in so many different ways. Because I am a white, affluent, educated, Protestant, heterosexual, married American woman without a disability my life is analogous to the kids who start the game and throw the ball back and forth without much effort. And it’s easy for me not to even notice the people who aren’t “in the game,” so to speak–whether that’s people who have physical or intellectual challenges that inhibit play, people who can’t afford to play, or people who have grown up in a different culture and have never learned this game.

Having a child with Down syndrome in my life has given me the desire to play a different game, but not because I’m a martyr or a do-gooder or even just a protective mother. I want to “change the game,” as the fourth grader above said, because playing the game is not nearly as important or as meaningful as forming relationships with the people playing the game.

“Changing the game” welcomes people who are outside of the circle of privilege in which many of us in majority culture have lived for most of our lives. Which makes it more equitable, more challenging, and more enriching for every one of us. 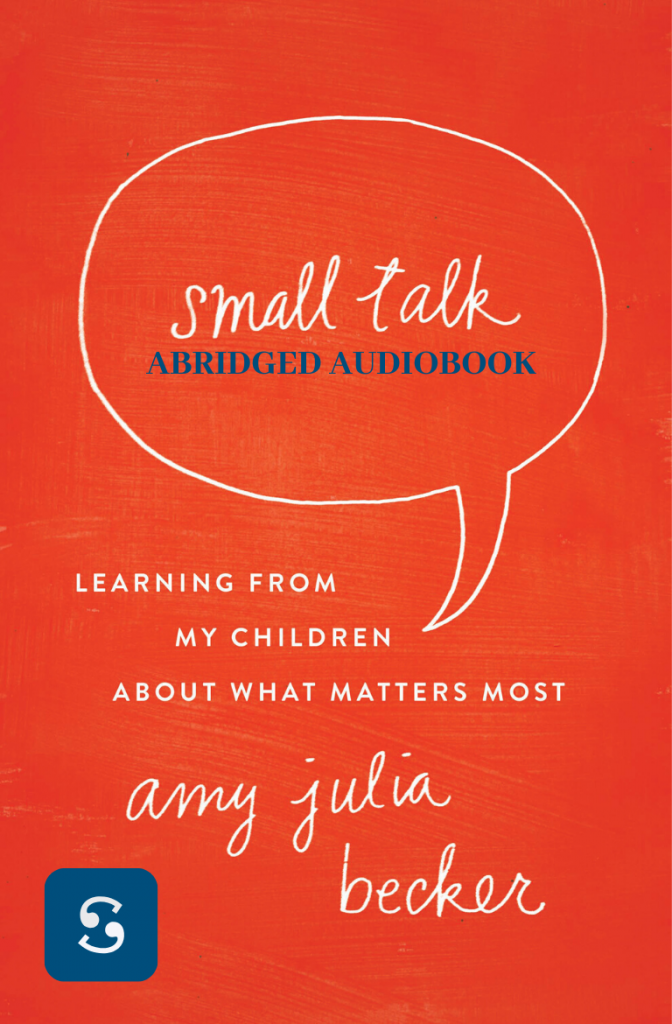 Complete the form below to have the Small Talk audiobook sent to you.