“Built for Me”: Belonging within Institutions 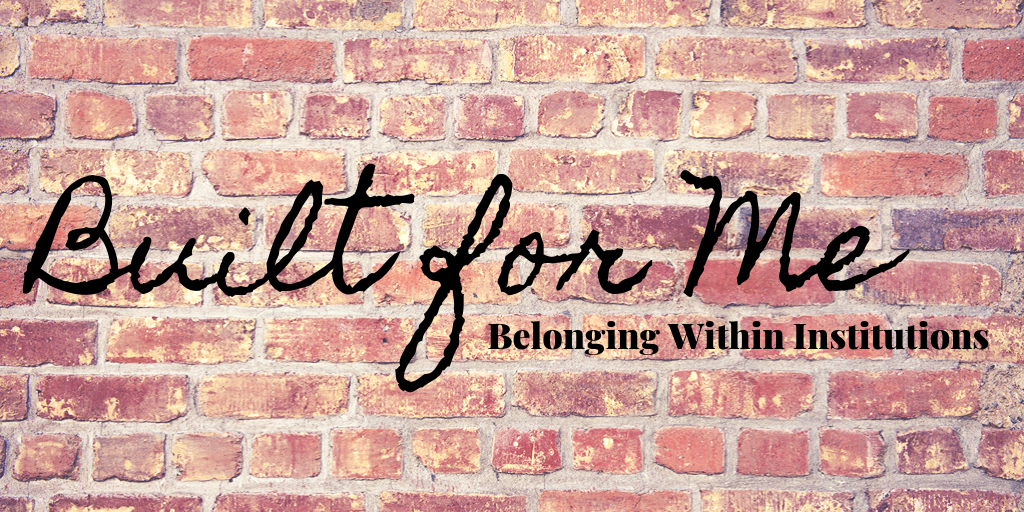 I’ve written two previous posts about the difference between communities of exclusion, tolerance, inclusion, and belonging for people with disabilities. This same paradigm has also helped me to consider the ways in which schools, churches, and other social settings communicate a sense of belonging to anyone who is outside the historical social norm for that place, and especially among African Americans within historically white institutions.

I thought about the progression from inclusion to belonging when I read an article in the New York Times by Skylar Mitchell about her decision to attend a historically black college. She had grown up as an African American in a predominantly white school, and she had assumed that she would attend a school similar to her peers, a predominantly and historically white liberal arts college. But her mother insisted that she take a tour at Spelman, and when she saw the course offerings and the pictures of notable African American women and men on the walls, she wrote that she realized how much she wanted to go to a school that had been “built for her.” She didn’t simply want to be included in a group of students when she went to college. She wanted to belong.

I’ve written in recent weeks about the history of exclusion for people with disabilities within the United States. I could write an even more widespread and long-lasting history of exclusion for African Americans within the United States. In the same post, I wrote about how many institutions in America–schools, places of worship, and families–have moved from exclusion to tolerance to inclusion (and sometimes to belonging) when it comes to people with disabilities. Despite the ongoing racism and exclusion that exists in our nation, we have also seen movement in personal relationships and in institutional spaces from exclusion to at least a desire to welcome African Americans and other people of color.

Many institutions have started working to overturn a history of exclusion. Yale University has been wrestling, for instance, with the college named after the slaveholding South Carolina Senator John Colhoun. They eventually decided to rename the building. Princeton University continues to debate how to handle the legacy of its President (and United States President) Woodrow Wilson in light of his own racist views and policies. These are just two examples of institutions who are living in an age of tolerance and inclusion, confronting a historical posture of exclusion, and asking questions about what it would look like to communicate “belonging” to a diverse array of undergraduates. Renaming buildings are first steps.

Moving from exclusion to “inclusion” is not the same as moving to “belonging.” As Skylar Mitchell noted above, for her to “belong” at a school, the architecture of the courses and of the buildings needed to reflect her presence. In a similar way, for people with physical disabilities to truly belong in a church, the architecture needs to reflect a commitment to make spaces accessible for wheelchairs. Beyond walls and buildings, people who have been central to those institutions will need to pursue true friendship with those who previously have been marginalized. They will need to share positions of leadership. The institution must change to reflect its people if it wants to become a place of belonging.

Institutions are conservative by their nature. They exist in order to preserve the past and in order to offer that same “product” to people in the future. Institutions must do the crucial work of preserving all that has been good and beautiful and true while simultaneously working to undo all the trappings, systems, and attitudes of oppression and exclusion.

I don’t have easy answers, and I suspect the answers will look different from place to place. I am looking at the institutions that I have been a part of throughout my life. I invite you to join me in asking who these places were built for, who belongs here, and what we can do to expand that circle of belonging.

PrevPreviousChanging the Game: Explaining Exclusion, Tolerance, Inclusion and Belonging to Fourth Graders (and the rest of us!)
Next5 Bible Passages for Parents of Children with Down SyndromeNext