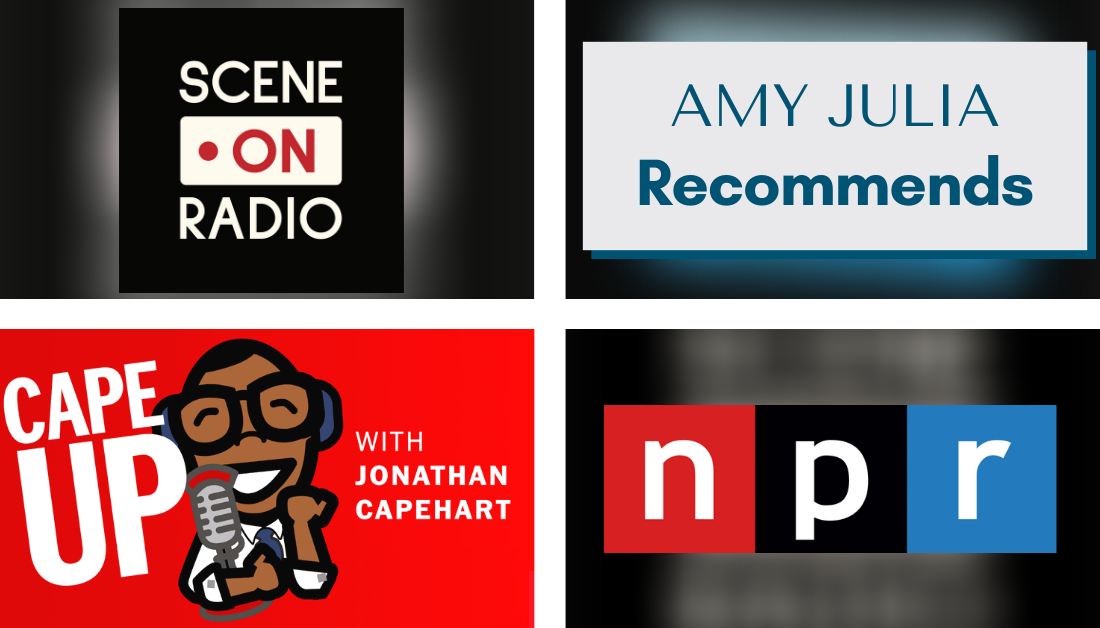 Amy Julia Recommends is a new feature on my blog where I’ll compile recommendations for podcasts, books, articles, etc., that I’ve shared on my social media platforms. This edition of Amy Julia Recommends features podcasts that I recommended in January focused on privilege, race, and justice. 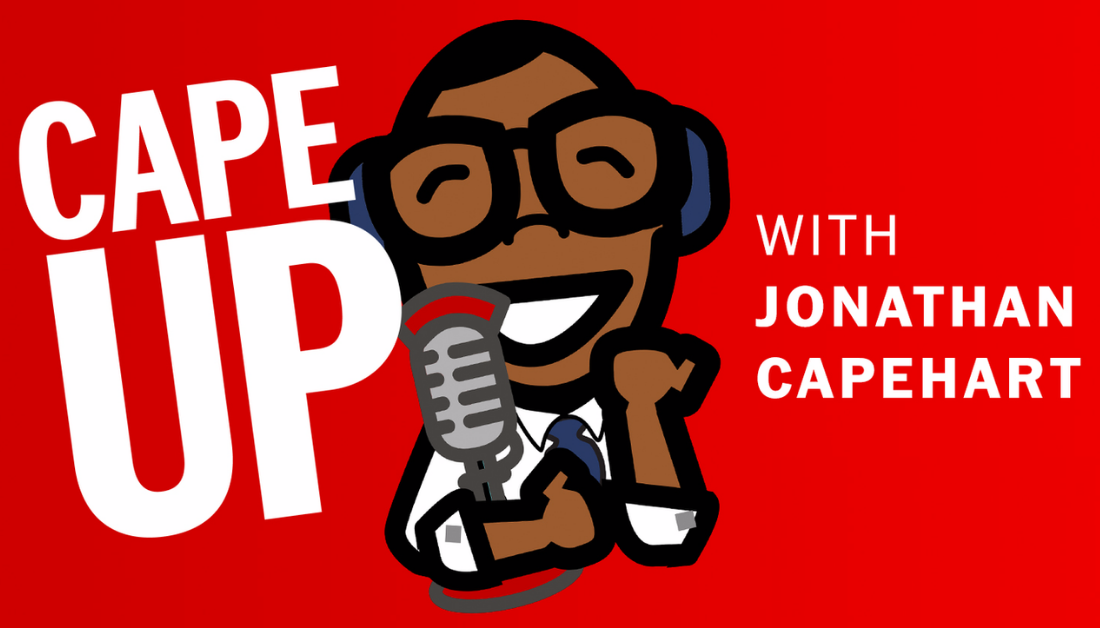 One of the ways I’ve been trying to expand my perspective (and not only see the world through the lens of a politically moderate white educated Christian woman) is by listening to people who have different backgrounds than I do. That means both reading and listening to people who are more conservative than I am (reading the magazine First Things, for instance) and more liberal than I am.

It also means listening and reading people of color. I learned about Jonathan Capehart last spring with his Voice of the Movement series on his podcast CapeUp (which is awesome. I’ve recommended it here before). Capehart is a Pulitzer-Prize winning journalist for the Washington Post. He is also an African American man with a deep and wide knowledge of politics. I have loved his interviews with various candidates throughout the past few months, but I particularly recommend his conversation with Cory Booker and, more recently, Kevin Sheekey, the campaign manager for Mike Bloomberg. But my very favorite episode was his interview with Stacey Abrams, who does a masterful job of explaining the problem of voter suppression as well as her decision to put her energy into helping America live into our promise to be a country governed for and by all the people. If you can only listen to one of these, Stacey Abrams is the one I recommend!

{Listen to Cape Up: Stacey Abrams} 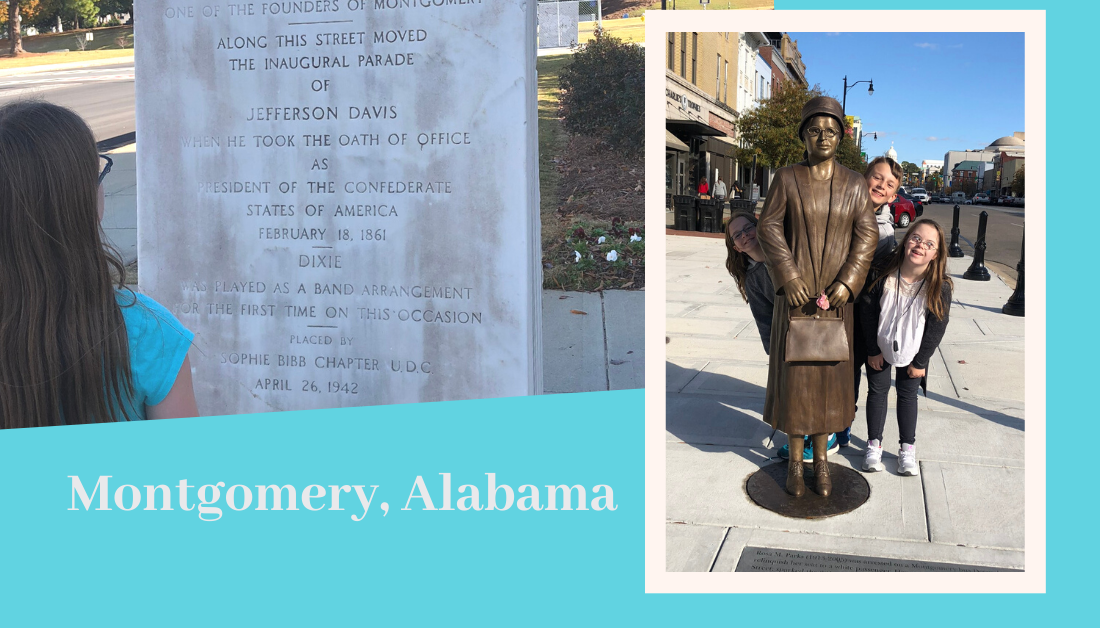 Montgomery, Alabama is a study in contradictions, with monuments to President of the Confederacy Jefferson Davis alongside those to Civil Rights icon Rosa Parks. The legacy of racism can seem intractable, and yet the story of former Governor George Wallace bears witness to the possibilities of healing.

I first heard from his daughter Peggy Wallace on the Cape Up podcast last spring, and when we were driving through Alabama, I introduced our kids to this story and had them listen. They heard the unforgettable and now infamous words Wallace spoke while barring African American students from integrating: “Segregation now. Segregation tomorrow. And segregation forever.”

They also heard about how Wallace, decades later, came to the African American congregation at the Dexter Avenue Baptist church to apologize. Peggy Wallace recently wrote a memoir, The Broken Road, which details her own life story and tells of her father’s transformation. He not only apologized but also appointed “160 African American Alabamians to state boards and agencies and doubled the number of black voter registrars in Alabama.” We all got a small sense of the humanity we share with a man like George Wallace. He lusted after power and grabbed it by whatever means he had available. And he came face to face with his own sin and brokenness and tried to make his wrongs right. He was glorious and despicable, as we all can be.

{Listen to Cape Up Podcast: Wallace} 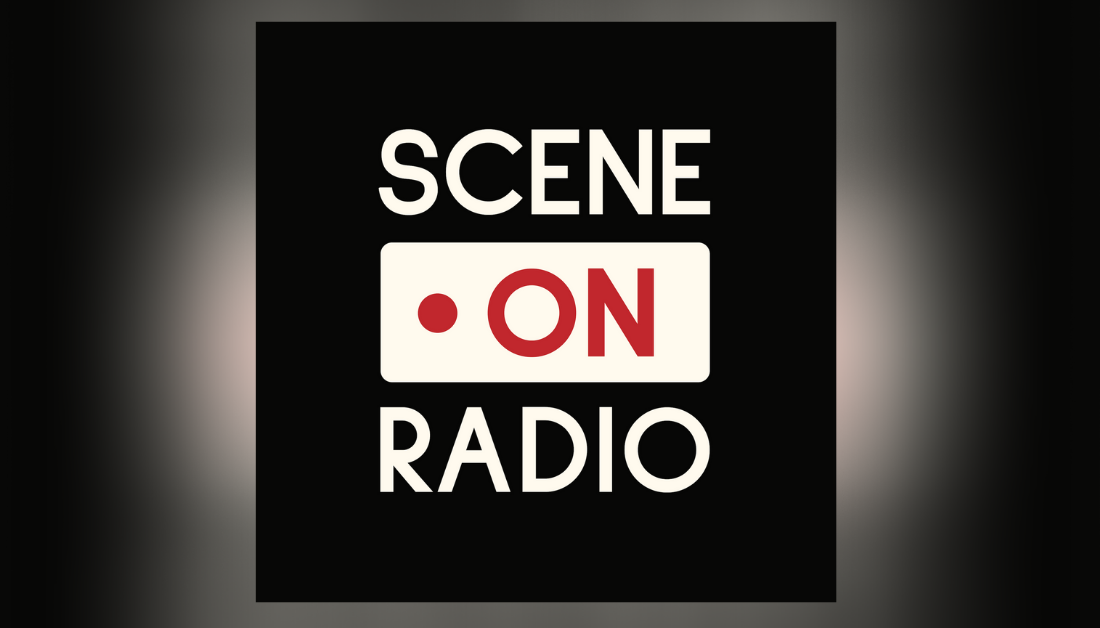 I’m so grateful for the work of John Biewen and Chenjerai Kumanyika, who already rocked my world with their comments on the series Seeing White, and who are doing it again with a new season for Scene on Radio exploring American Democracy. In the first episode, Rich Man’s Revolt, they explore the democratic system of government in place in some Native American tribes as well as the underpinnings of democracy (and power and wealth) for white Americans. I highly recommend taking the time to listen to this whole series. 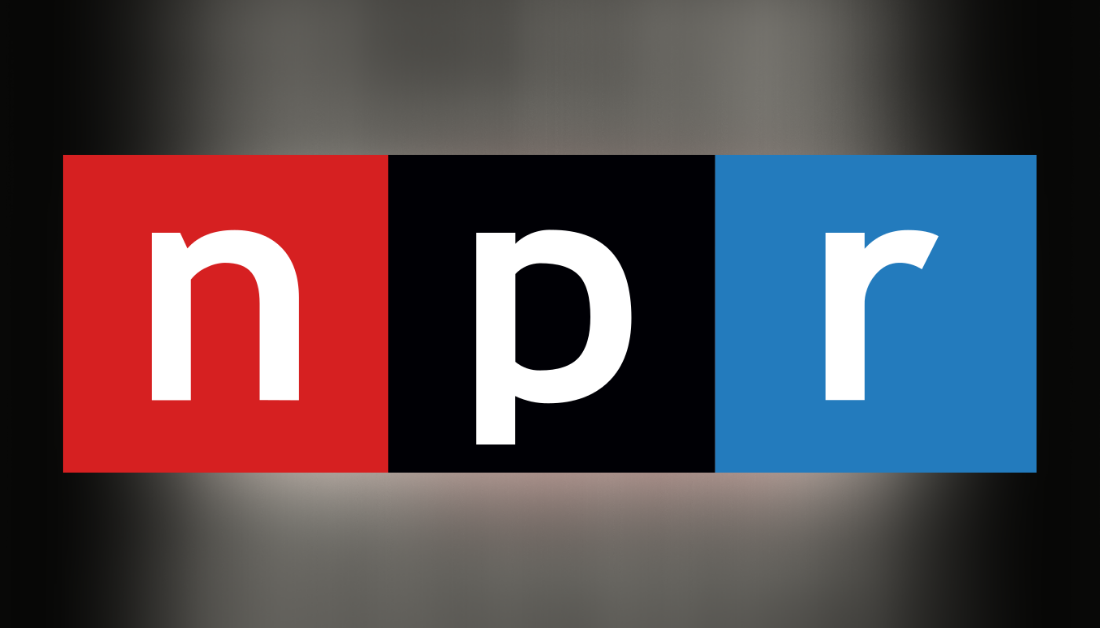 On our sabbatical trip we spent four days learning some of the history of our nation when it comes to slavery, Jim Crow, Civil Rights, and mass incarceration. Our time concluded at the Legacy Museum in Montgomery, Alabama, with important and painful reminders of the legacy of injustice that continues through the criminal justice system today.

I’ll have more to say about that elsewhere, but I also want to share a hopeful coda to our time learning about so many young black and brown men who are behind bars. A few days after that museum, I listened to an interview about an initiative out of Bard College that provides a college education to hundreds of imprisoned men.

This interview suggests why programs like this would benefit our entire society. That said, there are very few such programs in existence today, in large part due to the way public funds are allocated to build new prisons rather than rehabilitate the people already behind bars. This interview with two of those men demonstrates the beauty and the inherent potential of every human being and what can happen when we believe that everyone can learn and grow and contribute. It is both sobering and hopeful and well worth hearing.

Ask Code Switch: What About Your Friends

If you are white, do you have any non-white friends? Most white people are only friends with other white people, for a variety of reasons. But if white people do have non-white friends, those friendships likely started in school. This episode of the Code Switch podcast explains how likely it is for people of various ethnic backgrounds to have friendships that extend beyond their typical groups. The hosts interview Dr. Beverly Tatum, author of Why Are All the Black Kids Sitting Together in the Cafeteria?

Listening to this conversation reminded me that one role I have as a white parent is to talk with my kids about the cultural power they hold simply because they are white. I want to encourage them to take the initiative towards friendships with kids of color in their schools. All attempts at friendship–especially as tween and teenagers–is risky. I want my kids to understand why it’s worth it for them to be the ones to take those risks. We all stand to gain if we can participate in breaking down these unspoken but very clear boundary lines.