Once a week I compile the reflections I’ve offered on Facebook into one blogpost. Here are the thoughts from the past week: 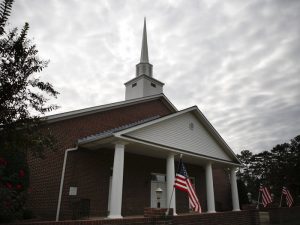 A friend of mine who is relatively new to Christianity said to me recently, “I think I’m becoming an “evangelelical.” Is that how you say it?” She said, “I used to be scared of that term but you explained once that it means person who shares the good news and I’ve started to tell people about God’s love and I love it.”

I’ve written here (and elsewhere) before about why I too love the word evangelical and why I want to be someone who shares the invitation to know God’s abundant love for us. I’ve also written recently about why I have walked away from the label evangelical even though I continue to see evangelicals (and Catholics and progressives and on down the line) as brothers and sisters in faith.

Tom Gjelten wrote about the state of evangelicalism in America for a year-end piece last week, and he made mention of my piece for the Washington Post on the topic.

In the midst of all the debate, maybe I should just start calling myself an “evangelelical.”

Ever since Penny was born, I’ve spent a lot of time thinking about the idea of a “common humanity.” What are the things that we all hold in common, no matter our political, racial, religious, gender, etc. identities?

For a while, I thought three things made up our common humanity: our belovedness, our brokenness, and our limitations. I’ve come to believe that can be summarized even more succinctly: what we all hold in common is love. The love that God has for each of us, and the love we give and receive whether to God or to one another in return. That’s what makes us human and what holds the power to heal our wounds and overcome our divisions.

There’s a sad truth to Brooks’ analysis. I’m holding out hope for love as the answer. 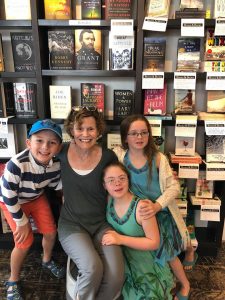 “Thank you for remembering me on my birthday.”

Not only have the past two days been snow days here in Connecticut, but Penny has also had insomnia. She was up at 4 yesterday and at 5 today. The good news is that she has written all her thank you notes for Christmas and her birthday and then some. Again and again, her notes included the words, “Thank you for remembering me on my birthday.”

We surprised the kids with a trip to Florida–their big Christmas present (and ours)–for five days this year, which meant we were far away from friends and extended family when Penny’s 12th birthday rolled around. We didn’t have any physical gifts for her to open. She isn’t someone who cares much about stuff, so Peter and I were giving her a trip to a dance performance with some friends, and Marilee and William hadn’t even purchased presents yet, much less wrapped them and packed them for Florida. So I was a little worried her birthday would be a bust.

As the day went on, a few family members sent video greetings and text messages. Her best friend from elementary school sent a text too. We went to the pool, Penny’s favorite place in the world. And after lunch we decided to visit Books and Books, the local bookstore in Key West. We had heard it was owned by Judy Blume, one of Penny’s favorite authors (she has read half a dozen Judy Blume books, and all more than once). But we weren’t expecting Judy Blume to be there in person.

We spotted her as soon as we walked in, and within minutes she had walked over to us and started talking with the kids. We talked about Fudge and her voice as the narrator of the audiobooks about him and his big brother Peter. She pointed out some of her newer books that the kids didn’t know about yet. She signed the books they picked out. “Happy Birthday, Penny.” And then, with the kids a little starstruck, we took a picture.

Later in the day, Penny sat by the ocean reading her new Judy Blume book. A harpist. Yes, a harpist, began to play for the two of us. “Tell her its my birthday,” Penny whispered. A few minutes later, I got a text from Maddie.
Maddie was Penny’s first long-term babysitter. She came into our lives when Penny was one and Maddie was 16. Every summer for at least the next five years, Maddie was our go to helper in every way. We all adore Maddie. Since then, she has graduated from college with a degree in special education and now works with kids with special needs in Charleston, SC. Her boys (almost all of the kids in her classroom are African American boys) love her, and she loves them, as unlikely a pairing as they are.

Maddie texted me to ask when she could call to wish Penny a Happy Birthday. Five minutes later, my twelve-year old girl had walked away from me, my phone to her ear. They talked for a while, and she sat back down, beaming.
Penny did not open one present on her birthday. But people remembered her, and it meant the world. And honestly, as the sun set over the ocean and the harpist played Happy Birthday and I considered our encounter with Judy Blume, I couldn’t help but think that God remembered Penny’s birthday too.