Toni Morrison was a mentor from afar to me, first as a writer of fiction, later as a professor for a course I took at Princeton, and then through her essays. Morrison’s fiction is haunting, and haunted, horrific in the truths they tell and yet careful and lyrical in the way they tell it. Her impeccable prose and deeply thoughtful insights have changed the way I see myself as an American, the way I see our history, and even the way I see popular culture. 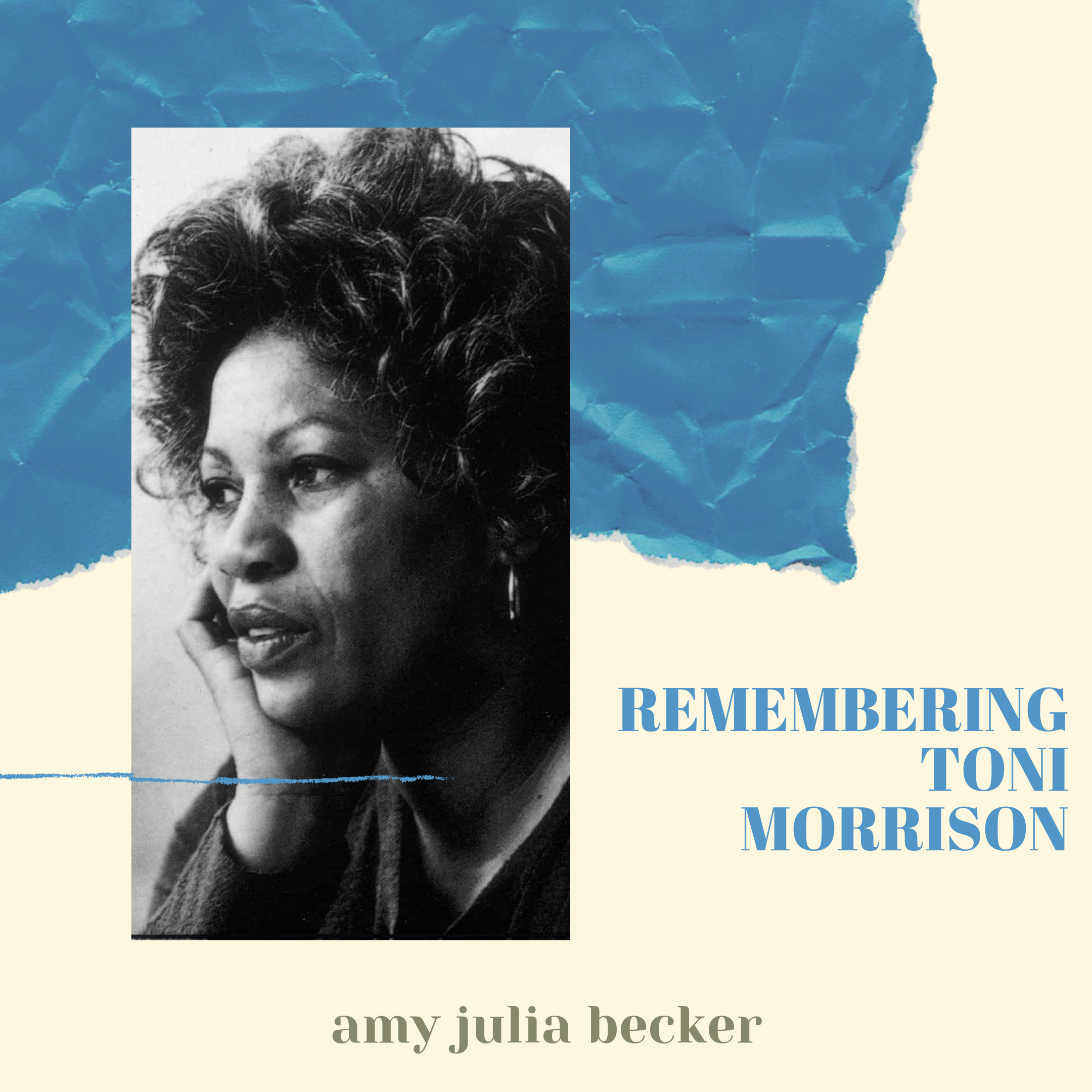 As a child who grew up in North Carolina with a romanticized version (a la Gone with the Wind) of the south before the Civil War, Toni Morrison’s Beloved offered me a new and far more true depiction of the reality, and horror, of slavery. I will never forget the scene in which Baby Suggs feels her heart beating for the first time when she stands on free ground because it was a moment that captured the ways in which life as an enslaved person is the equivalent of a living death.

After I read Playing in the Dark  (her collection of essays about great works of the American literary canon) in college, I wrote a paper about the way African American bodies are viewed and treated in action movies. I watched The Rock, Con Air, and some other more forgettable films – films I had always enjoyed and had never examined before. I saw the black characters with entirely new eyes, eyes that Morrison had given me. I saw the way each black character was employed as a comedic figure or as a disposable prop. It was a hard and sobering realization, but it was also an important step in learning how to see.

She also taught me that American literature written by Americans of European ancestry has shaped white Americans understanding of ourselves as pure and beautiful and good through the contrast with those of African ancestry, whom authors have often portrayed as dirty, ugly, evil or dark. Morrison writes in Playing in the Dark,

“Africanism is the vehicle by which the American self knows itself not as enslaved, but free; not as repulsive, but desirable; not helpless, but licensed and powerful; not history-less, but historical; not damned, but innocent; not a blind accident of evolution, but a progressive fulfillment of destiny.”

I am grateful for Toni Morrison’s words, ideas, insights and legacy.

Her book Playing in the Dark makes my list of Five Books That Have Challenged Me On Race and Justice. Read about it and the other four here.

PrevPreviousWhat My Blog is About
NextSummer Rewind: Five Books that Have Challenged Me about Race and JusticeNext