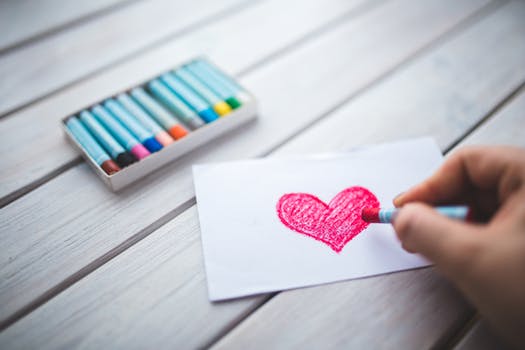 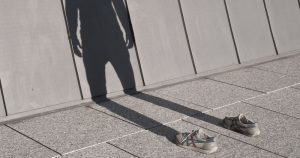 In “Why Insidious Racism is So Much Harder to Navigate,” Reni Eddo-Lodge argues that racism is prejudice with power. Any of us can be prejudiced against another group of people, but only when we have cultural power that functions in such a way as to exclude or demean does that prejudice become racism in a more comprehensively harmful way. In her words:

“Those disadvantaged by racism can certainly be cruel, vindictive and prejudiced. Everyone has the capacity to be nasty to other people, to judge them before they get to know them. But there simply aren’t enough black people in positions of power to enact racism against white people on the kind of grand scale it currently operates at against black people.”

I’ve been thinking a lot about power and how power can be used for evil (plenty of current events to back up that point at the moment), but also how power could potentially be used for good. The thing is, the only way power can be used for good is if it is combined with love, with a genuine willingness to sacrifice. Otherwise, the individuals and the systems just stay the same. Prejudice plus power (racism) deforms. Power alone maintains the status quo. But power plus love transforms.

The thing is, the way power plus love transforms is often–though perhaps not always–through relinquishing power. In other words, the powerful admit ways in which they are powerless and/or willingly give up power for the sake of love.

When I was younger, I thought growing up was something that happened from infancy until somewhere around age 25. Then you were pretty much set. You knew what you wanted to do for a career. You were married or close to it. You would attempt to keep your body from growing any more.

Now that I’m 40, I realize that growing up is a lifelong process. But I also realize that now that my body is grown, now that I’ve finished school, now that I have responsibility for my own time and money and relationships, it is tempting to stop growing altogether.

Throughout the Bible, the spiritual life is compared to growth in the natural world. We read that God’s Word is like a seed. We read about being “rooted and established in love.” We read about the Holy Spirit being like water, like nourishment for that sapling trying to climb to the light. We read about seasons of growth. And we read, finally, about bearing fruit.

They are lovely images, and I do want to be like a tree planted by a stream of water (Psalm 1) that bears fruit in season and never withers and can withstand the storms that come my way.

In the Bible there is talk of pruning, which is to say cutting off branches from vines and trees that don’t bear fruit. There’s talk of storms, which batter trees and either uproot them or push them to grow deeper roots. Growth is not easy.

But in the midst of the pain of growth, there is also the promise of bearing fruit, and that fruit includes joy. 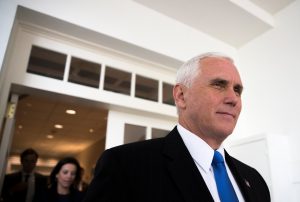 How many of you have heard of the “Billy Graham rule”? I’m guessing that of people who read this mini-blog it’s split, but the basic idea is that men shouldn’t meet alone with women who aren’t their wives as a protection against anything that could ultimately lead to nefarious conduct. The rule has come into the public eye again recently because Mike Pence follows it. My friend and colleague Katelyn Beaty recently wrote about it for the New York Times.

I recommend the whole piece, but here are a few quotations just to whet your appetite: “…reasonable people know the difference between a business meeting over breakfast and drinks at a hotel bar at night. And what the Pence rule fails to grapple with is that the Weinstein story wasn’t, at its root, about attraction but abuse of power.” And, “The Pence rule arises from a broken view of the sexes: Men are lustful beasts that must be contained, while women are objects of desire that must be hidden away. Offering the Pence rule as a solution to male predation is like saying, “I can’t meet with you one on one, otherwise I might eventually assault you.” If that’s the case, we have far deeper problems around men and power than any personal conduct rule can solve.”

My family has been in the United States since before the United States existed. Distant relatives on both my mother’s and father’s sides arrived in Massachusetts and Connecticut in the 1600s and we’ve been here, more or less, ever since. I learned a few years ago that one branch of the family was nearly wiped out on their way to church one Sunday morning when a band of Native Americans killed the entire party, save one infant, a child named Hannah.

At first, I heard the story from the perspective of my family. I saw it as a group of peaceful people on their way to church who were unjustly murdered.

Then I learned more about the history of various Native American tribes and the ways in which white settlers pushed them out of their lands, infected them with diseases, and eventually constructed unjust laws that favored white interests. At that point, I started to see our family as the problem, even, perhaps, the perpetrator.

I recently learned more. One, that this family member came to the US because he was a Protestant in England and was in danger of execution. He was a religious refugee who fled to America. Two, that there was a war going on at the time between the Native Americans and the colonists (King Philip’s war), and it isn’t clear from an historical perspective, who was being unjust to whom at every point.

Were the white colonists oppressing the native peoples or were they negotiating while two groups of people tried to figure out how to live peaceably together? Should the white refugees have fled elsewhere? Were there answers other than separation and other than bloodshed?

On that day, the Native Americans killed Hannah’s sister, her mother, and her father. Three other siblings had stayed home, so they raised Hannah, and she is my many-greats-in-a-row ancestor who lived not far from where I live now.

As we approach Thanksgiving, I am trying to learn how to express my gratitude–in the past and the present–for all that is noble and good and blessed about this nation while also expressing my sadness and regret over all that is unjust and hateful. I am thankful for a place that received religious refugees. I am troubled by a history of violence towards the people who already lived here. I am troubled by the story of Hannah Keep. I am troubled by the story of the founding of a nation with liberty and justice for all that wasn’t really for all. I am also thankful for Hannah Keep. I am thankful for religious liberty, for a history of welcome to immigrants and refugees, for the ideals of our justice system even when it fails, for the chance to live in this country.
(Here’s some of the historical record.)