How to Talk with Your Children (and Friends) about Faith Pt. 1 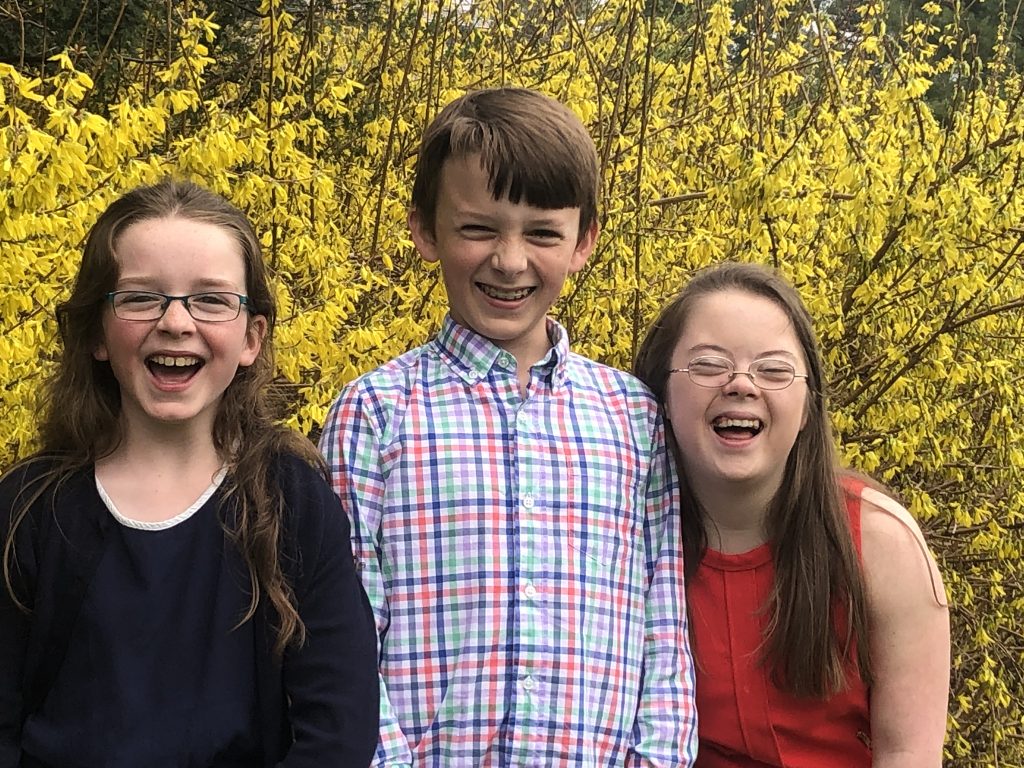 “I’m just not interested in the Bible,” Penny said a few weeks ago.

“I will never understand how evolution and creation can both be true,” William has told me more than once.

“Why didn’t God light up my darkness?” asked Marilee, at the end of a day of fighting with her siblings without any reconciliation.

I’ve felt the same way as each of our kids at times. I’ve asked those questions and many more. I’ve been to seminary and read tons of books and studied the Bible and taught about these things. I’ve been a “professional Christian” for many years, and still I often feel like I can’t give my kids the guidance they need to express doubt and encounter God personally.

I’ve learned that having the right answers isn’t the key to talking about faith. But understanding myself as a child before God, and modeling the way of Jesus in conversation has helped to keep those doors for conversation open.

Jesus is surprisingly insistent that his disciples understand themselves as children of God. First of all, Jesus refers to God as Father almost exclusively. While other Jewish people in his time would have referred to God as Creator or Master of the Universe, and while the Old Testament Scriptures are filled with references to God as Lord, Judge, and King, Jesus repeatedly calls God Father. He tells story after story in which God is portrayed as a loving parent (see, for example, Matthew 7:7-11  and Luke 15:11-32). He instructs his disciples to refer to God as “Our Father” whenever they pray. After his resurrection, he invites them once again to think of God as their shared Father.

Jesus also refers to his disciples as children, little ones, over and over again. He even goes so far as to say, “Unless you change and become like little children, you will never enter the kingdom of heaven” (Matthew 18:3).

In other words, according to Jesus (and later, Paul picks up this language as well), the primary way for adult humans to understand their relationship to God is as little kids. The primary way to understand God is as a good and loving Father (and yes, there are all sorts of potential patriarchal and misogynistic problems that could be explored here, but Jesus’ point was to suggest the intimate love and acceptance God has for God’s children).

In our household, my children have grown up with a dad who is also the headmaster of a school. Their dad has a role which includes the authority to fire employees and to expel students. As a result, many teenagers and grownups in our community are on their best behavior when they encounter my husband. They interact with him in his role as headmaster.

He is no less a headmaster when he walks into our home at the end of the day. He’s still wearing his jacket and tie, still holding all the authority he had when he left the office a few minutes earlier. But our kids do not relate to him as a headmaster. They relate to him as a father. As a result, they complain to him. They ask him to wrestle with them, snuggle with them, create secret handshakes, and dance to Taylor Swift with him.

Jesus invites all of us to come to God as children. Yes, in dependence and need. But also to come with a knowledge of God’s deep acceptance and love and care for us.

When a baby takes her first steps and topples over–how does her dad react? Does he point out the fact that she didn’t even make it a few feet across the room? Does he berate her for not working hard enough or not getting it right? Not at all. He cheers. He helps her back on her feet. He gets out the phone to record the next attempt. What if God does the same for us?

What if what we perceive as our bumbling attempts through life bring God a smile as he sets us on our feet again?

For us to have conversations with our children (or anyone else) about faith, we need to remember that we are first and foremost children ourselves before God. We won’t get it all right. We will fall down plenty. But we can also rest assured in the security of God’s love for us– and that love will free us up to admit our own doubts, receive the questions and thoughts of our kids, and invite them to find their own place in the family of God.

This post is part one in a two part series. Here is Part 2 I’ll write about how modeling Jesus’ way of conversation helps us to have conversations about faith. And then–right around Mother’s Day– I will send a newsletter offering 6 ways for parents to talk with their kids (or other people) about faith. If you aren’t already a newsletter subscriber, you can sign up here.

PrevPreviousParticipating in Love
NextHow to Talk with Your Children (and Friends) about Faith Pt. 2Next