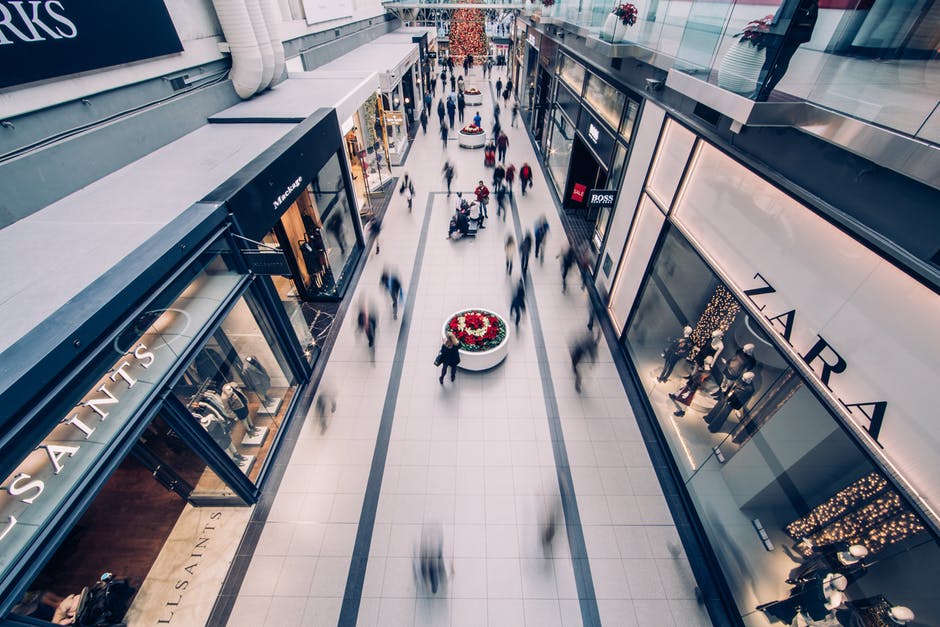 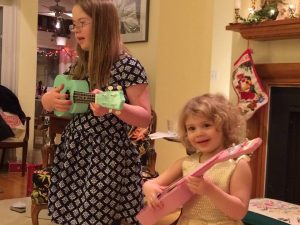 The cynic might call it a politically correct marketing ploy, but the cynic would be wrong. Gerber just announced the winner of their annual Gerber baby contest. This baby is named Lucas, and he has Down syndrome.

To me, this choice signals two things (in addition to the obvious one that Lucas is very cute). Yes, Gerber must have considered the implications of choosing a child with Down syndrome. Yes, you can argue that this decision was politically correct. That’s the big news: Gerber decided that to choose a child with Down syndrome meant a positive association for their brand.

When Penny was born, I didn’t know how to imagine a good future for her, and meeting real people with Down syndrome helped me to begin to see her future as one filled with possibilities for meaning and connection. Plenty of stigma and misinformation still exists, but I am grateful for images and stories that tell the truth about the lives of people with Down syndrome like little baby Lucas, like Penny, and like hundreds of thousands of other beautiful people around the globe 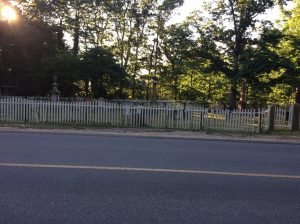 As most of you already know, I’m working on a book called White Picket Fences. What most of you don’t know is that this book has been without a subtitle for many months, but we have finally landed on one that hopefully conveys the scope of the words inside. (Drumroll please…)

White Picket Fences: Turning toward Love in a World Divided by Privilege

White Picket Fences itself is intended to conjure up an image–it will be a different image from one person to another. It might be an image of suburban blandness or of a picturesque small town, but either way the image is probably domestic and iconic. I’ll share the cover image here in a few weeks, but let me just say for now that the cover image of this book will let readers know that the iconic image in their heads isn’t all this book is about.

Beyond the immediate meaning of the title is the subtle suggestion that this book has to do with issues relating to privilege (which I see as an intersection of forces including race) and that it has to do with divisions. Fences keep us safe and demarcate boundaries. Fences also keep us away and apart and divided from one another. They can be positive or negative, and the title hints at this complexity. 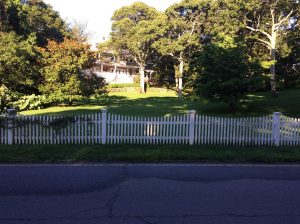 We worked through dozens of subtitle possibilities, which in and of itself speaks to the heated nature of this topic and the way language itself can connote very different things to different readers. Ultimately we settled on Turning Toward Love in a World Divided by Privilege in order to demonstrate that yes, this book is about division, it is about privilege, it is about tough topics, but it is also about a journey that could be headed somewhere good–toward love– a journey that could be hopeful and imbued with possibilities for connection instead of division.

And that, indeed, is my hope for this book. That it creates connections instead of exacerbating division. That it allows for understanding and compassion instead of animosity. That it points not towards bitterness or even tolerance but towards love.

I had a chance to talk with Religion News Service reporter Bobby Ross Jr. about Tim Tebow’s “Night to Shine,” a prom-type dance held at hundreds of churches across the country for young adults with intellectual disabilities. As I said to Mr. Ross, “The only concern I would have is, what happens the other 364 days of the year when it comes to churches that are celebrating these young adults with disabilities this one day a year?”

I’m working on an article right now for Christianity Today’s April issue that talks about the ways churches can not only include people with disabilities in the life of the church but the way churches can begin to see people with disabilities as integral to the way the church functions. Not just as people who have needs but also as people who contribute, as vital parts of God’s work among us.

So I’ve been thinking about the word “repent.” It’s a fire-and-brimstone word, a kind of old-fashioned religious word, a word I associate with street preachers and accusation. It’s also one of the first words spoken by Jesus in the records of his life. “Repent and believe the good news!” Jesus says. “The kingdom of God is near.”

In a literal translation, to repent is to turn around. We often think of it as turning away from sin, and that’s an accurate way to think of it. But what has struck me recently is that whenever we turn away from something we also turn towards something. What happens if I start to think of repentance as a turning towards God? Turning towards light and life and hope and joy and love? Then it begins to make sense that Jesus would call this good news. 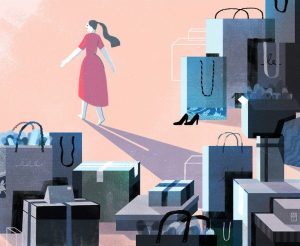 Today is Ash Wednesday, the first day of a 40-day season in the life of the Christian church where people traditionally give something up–chocolate, wine, Facebook. I’m giving up shopping until Easter (I decided to do this after reading this article by Ann Patchett, who gave up shopping for an entire year). I’m doing this because I buy things impulsively and because we have more than what we need already and because it will help me see the ways I unthinkingly consume. (I am still going to be shopping for food, just not clothes or toys or books.)

So if you are someone who observes Lent, I encourage you not only to give something up, not only to turn away from something, but to turn towards a richer and deeper experience of God at the same time. 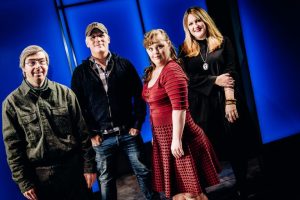 Every time I see a story about people with Down syndrome who break barriers I pay attention. That used to be because I needed reassurance that Penny had a promising future ahead of her. I didn’t need her to become a superstar, but I wanted to know that it was possible for her to become her own person. Seeing stories of people with Down syndrome who swam across Lake Tahoe, like Karen Gaffney, or who ran marathons, or starred in sitcoms like Chris Burke, or who got married all gave me a way to imagine a life of purpose and connection for her in the future.

I just learned that Jamie Brewer, one of the stars of American Horror Story, will be playing the lead in an off-Broadway play in New York starting next month.

Just one more story that helps us all imagine a future with the richness and complexity of diverse lives, abilities, talents, and dreams.

How would you describe the difference between compassion and empathy? When do you feel compassion? When do you feel empathy? According to this researcher, writing for a journal of medicine at Stanford, empathy is feeling the same thing as another person. Compassion is understanding what that other person is feeling and wanting to take action on their behalf. Brain scans show a difference between when we feel empathy and compassion, and Chris Kukk writes,

“Compassion’s strength as a power source for fostering communal as well as individual success is that it is not only derived from the same neural networks as love but it is centrally focused on the concern and care for others. When empathy is used as the source for helping another, the central motivation is to alleviate your own pain and stress. And that egocentric motivation is, I believe, one of the keys for understanding why burnout occurs much easier when we think empathetically. Emotionally absorbing another’s feelings, which empathy entails, is physically draining and can make you feel metaphorically stuck in quicksand. Compassion, on the other hand, keeps the emotional quicksand at a distance by using a more cognitive understanding of a person’s suffering when attempting to alleviate the pain: understanding without absorbing.” – “The Compassionate vs.Empathetic Brain”

PrevPreviousThoughts from February 5-7, 2018
NextMy Daughter with Down Syndrome Finds a MentorNext