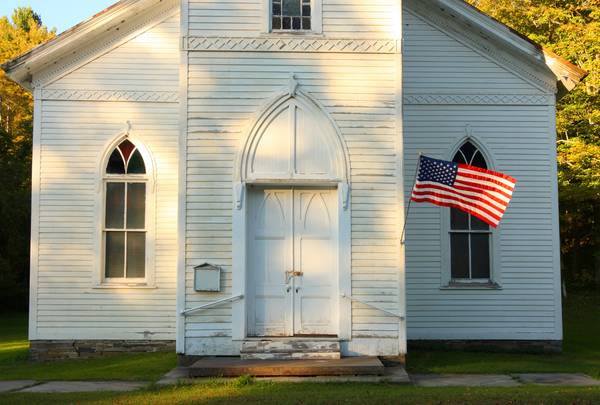 I had a chance to write for the Washington Post’s Acts of Faith newsletter for Easter Sunday. If you’re interested in the newsletter in general, I’ll share a link to signup in the comments section. Meanwhile, here’s what I wrote:

I’ve been thinking about inviting friends to my monthly Bible study. I love this group. We eat dark chocolate covered almonds with sea salt and drink tea and seltzer. We share high and low points from the previous month. And we open up Bibles (and Bible apps) and talk through our thoughts and questions and doubts and revelations as we read about Jesus. I want to invite others to join because I am so grateful for the spiritual growth, the friendship, the laughter, and the honesty I’ve experienced through this group.

But as I’ve considered inviting others, I’ve also realized how many barriers even this simple invitation—“Do you want to join us for Bible study?”—could erect. First, there’s the notion of “studying” the Bible, as if there might be a test involved. Then there’s the thought that many people don’t own Bibles, and even if they do, they might never have read them, or might have a translation that makes the stories inaccessible. When I did invite a friend to join our Bible Study and told her we were reading Mark, she responded that she didn’t know what “Mark” was or how to find it.

In one of his letters to the church in Corinth, Paul writes that Jesus will be a “stumbling block” to many. To Paul’s point, plenty of appropriate barriers get in the way of following Jesus. There’s the whole question of God’s existence, not to mention God’s existence in the form of a Jewish carpenter who died and rose again. Jesus also calls his disciples, then and now, to leave everything behind and follow him. He calls people to turn away from sin and self. Submitting to Jesus as Lord presents a legitimate barrier to entering into the Christian fold, an appropriate “stumbling block.”

On Easter morning, Christians proclaim the radical notion that God became man out of love for human beings, eradicated the power of sin and death through succumbing to brutal torture and execution, proved the conquering power of love through rising from the dead, and finally offered that same power and new life to all who turn to him in faith. Those propositions are each stumbling blocks in their own way. The Biblical writers invite us not to stumble over language or culture or politics, but over Jesus, that he might become the capstone of our lives. 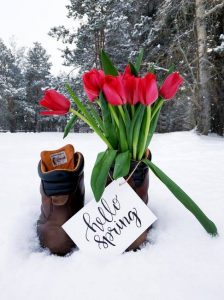 Monday morning arrived, and with it another snowstorm. We’ve had ten snow days so far this year. But I looked outside, and for once I was struck with gratitude for the beauty of the day instead of struck with self-pity for the inconvenience a snow delay would hold for my plans. It helped that the day before was Easter. As I looked at the snow with a word of thanks, I was practicing resurrection.

Lent precedes Easter, and it provides 40 days for Christians to practice fasting of some sort—abstaining from alcohol or sugar, or for meat on Fridays, or from shopping or cursing or some other habit. It’s a way of reminding ourselves of our mortality, our humanity. It’s a season of self-denial that might draw us into understanding Jesus’ self-sacrifice on the cross in a deeper way.

But I often forget that Easter is not just one day, at least not according to the church calendar. Easter is an ongoing celebration. There are 50 days of Easter. The feast, the rejoicing, the thanksgiving, extends until Pentecost, when it just revs up even more with the day that recognizes and rejoices in the gift of the Holy Spirit.

What if Christians approached Easter the way some of us approach Lent? As a daily practice of celebration, of gratitude, of new life, of hope. Practicing Easter, practicing resurrection, could be as simple as saying thank you for one new thing each day of the season. It could be as overtly spiritual as reading verses from the Bible about new life. It could be as celebratory as choosing one fun activity each week to do as a family. It could be as delightful as listening to a new piece of music, or reading a poem, or looking at a piece of glorious artwork, or spending five minutes noticing something beautiful about the creation outside our doorsteps. It could be a gentle and unnoticed act of kindness day by day.

On Easter morning at our church, the cross held a white cloth. Flowers adorned the altar. We sang soaring hymns and heard the message of Jesus raised from the dead and took communion and celebrated. We were practicing resurrection. (Pastor and writer Eugene Peterson has a booked called Practice Resurrection. I’ve read other books by Peterson, though not this one, but the phrase lodged in my head when I first heard it, and it inspired this post.)

Afterwards, friends and family came back to our house. We took out our sliver and china, adorned the house with flowers, and turned on dance music. The kids jumped on the trampoline and ate handfuls of jellybeans. The adults feasted on champagne, decadent food and dessert, and joyful company. We were practicing resurrection.

Today we remember Martin Luther King’s legacy as a Civil Rights leader, and we remember the tragedy of his murder fifty years ago in Memphis. David Brooks wrote recently about the ways we still live–especially when it comes to our close social connections–segregated lives:

Brooks suggests that schools were not the ideal place to start the social change of relationships. Rather, he says, we still need change to happen on neighborhood levels, in families (through interracial marriages) within workplaces, and within places of worship. When adults start to form real friendships and mutual dependence across racial lines, then schools (and society at large) will change too.

I think many of us are now in a place where we want this type of change. We want Dr. King’s vision of little black girls and little white girls hand in hand. But we are either unclear on how to make the change happen, or we feel powerless, or we just don’t take the time to think or do much about it. This type of change happens intentionally before it begins to happen naturally. So a mostly-white church would need to make a conscious effort to reach out to non-white neighbors. Any organization with primarily white leadership could ask how to create leadership opportunities for people of color and then make changes so those opportunities become realities.

Again to quote David Brooks, “The big shift, of course, has to be psychological. Everybody laments how divided America is, but how many of us are part of an organization that lets us meet once a week with others who are very different from ourselves? Integration doesn’t mean losing the essence of what makes each group special; it just means connecting fervently with a fellow American.”

I would add, connecting fervently with a fellow American who, through their different life experience and background, will enrich and challenge and deepen your own experience (and vice versa). What friendships that cross expected boundaries have blessed you? What needed to happen in order for that friendship to be possible? 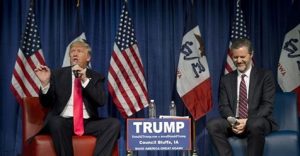 Evangelicals are in the news a lot these days, primarily due to the fact that 80% of self-described evangelicals voted for President Trump and continue to support him. Evangelical leaders continue to praise President Trump’s policies. I’ve written already (for the Washingon Post last fall) about how I no longer call myself an evangelical, but how I’m also not adopting another label.

I don’t want to distance myself from my evangelical brothers and sisters so much as I want to recognize the breadth of the Christian experience and tradition. I want to align myself with Catholics and Protestants, Episcopalians and Anglicans, Presbyterians and Quakers, Eastern Orthodox and Baptists, around the central tenets of the Christian faith–knowing that we will disagree about plenty, hoping that we can hold on to a common love for Jesus.

I’m hopeful about this broader connection. But I’m also sad that the word evangelical has come to be so inextricably bound to one particular political party and even one person. Michael Gerson has written for the Atlantic about the social and political forces that have given rise to such a close alignment between a set of religious convictions and a political agenda. Reading that article in conjunction with Christianity Today’s tribute to Billy Graham makes me move from hopefulness to sorrow.

I’m sad because evangelicalism used to move across divides instead of creating them. It used to unite people according to theological convictions instead of dividing people according to party lines. It used to be a point of contact I had with people from different socio-economic, denominational, and cultural backgrounds who nevertheless shared the same faith in the personal care and salvation offered by God through Jesus and the conviction that the same God was at work in our lives and in the world in an ongoing way.

I do not grieve the loss of a label, and I am grateful for the ways I can see God at work in and through all Christians. But I grieve the loss of a broad coalition of Christians around the globe and across denominational and racial lines . I grieve the loss of connection with Christians who are coming together not to win in the political arena but to participate side by side and hand in hand in proclaiming the good news (the evangelion) of Jesus’ ongoing work to bring new life, forgiveness, hope, joy, love and peace to individual lives.