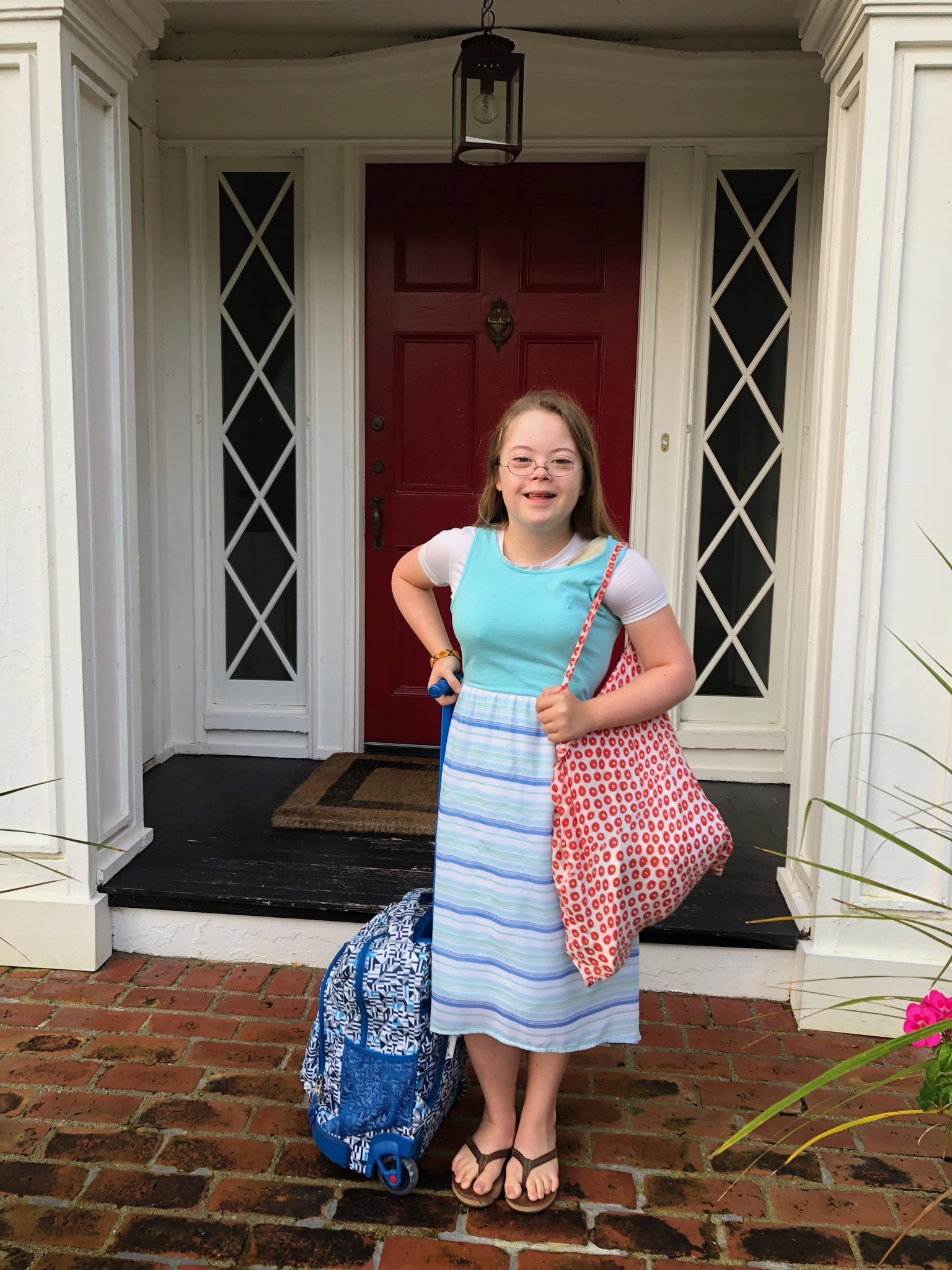 Everyone told me that seventh grade is just the worst. The nadir of self-consciousness and social awkwardness and everything horrible about tween-dom. And it may turn out to be that way. But that isn’t how it has begun.

Penny started seventh grade a little over two weeks ago. She got teary the night before and asked me to pray for her when we both realized we didn’t know where her new locker would be or what the combination was or how she would figure that out. But she fell asleep, “a little nervous, a little excited,” and she came back the next day with her locker combination memorized.

Since then, she’s started making her own lunch (not every day, but still). She’s stolen my phone on multiple occasions to text with friends new and old. She’s arranging sleepovers. I talked with the mother of one new friend who told me that her daughter had been talking about Penny all week and couldn’t wait to come over and play. She’s becoming more aware of herself and her own emotions (“I get anxious whenever you or Dad raise your voice,” she shared this morning.).

She’s leaning on her geography-oriented younger brother to learn the countries in Central America, and they seem to be enjoying each other more than ever. I recently walked into the playroom to find the two of them on the couch, lying side by side, giggling. (William always says the thing he admires most about Penny is her ability to laugh at herself, and she seems to help him do that for himself too.)

It shouldn’t surprise me to find that Penny is my daughter–my responsible, oldest child, growing-in-independence, a little bit socially awkward and bookish and sweet and sensitive daughter. The path through seventh grade may well get rocky, but it has started well.

(I should add two more things in the midst of sharing this positive post. One, that I hesitate to do so because I know there are lots of kids out there who had miserable weeks, whether in relation to having special needs or not. Two, because I am really unlikely to share negative stories about anything that happens with Penny in real time these days because it violates her privacy in a way that the positive doesn’t, so I am always in danger of painting a misrepresentation of our life. But I’m sharing it anyway because I also think it’s important to document that life with Down syndrome–even in middle school!!!–can involve laughter, friendship, and healthy independence.)