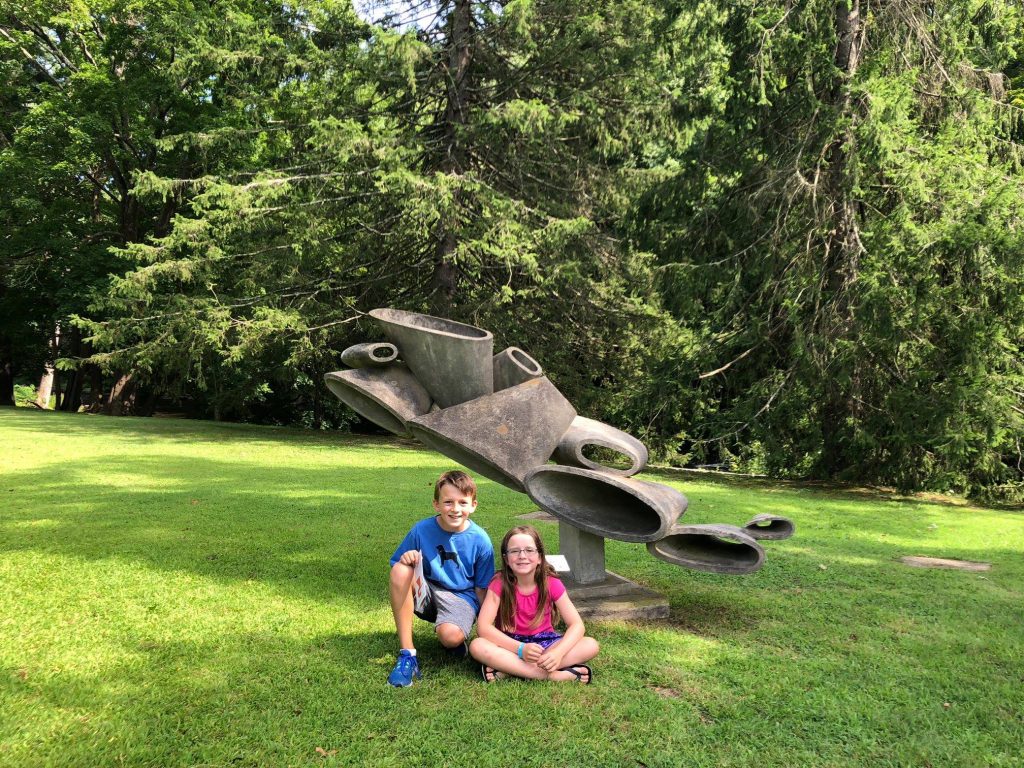 I mentioned a while back that I wanted to revise our family’s policies regarding screen time in response to a podcast I heard with Heather McFadyen and Andy Crouch. In response, we decided that the kids couldn’t watch/use screens until after lunch. I thought it would stop them from thinking about screens as soon as they woke up. Instead, it meant they pestered me about it for even longer than they have the rest of the summer, and I got twitchy and impatient and huffy about it all and it felt worse than it had the week before when they arose every morning and watched a show before even saying hello.

So then we had a fascinating conversation around the dinner table about all this and William argued himself into a place he didn’t like. As he talked, he said screen time isn’t nearly as good for him as using his brain or body in other ways. His conclusion: “My head says this is the way it should be” (very limited screens) “But my feelings don’t agree!”

Penny jumped in. “William, I have some concerns,” she said, and went on to argue that there are appropriate and inappropriate uses of screens (her words) as well as educational and non-educational uses (her words) and we need to be discerning (my word) about how we use them but not get rid of them all together.

Meanwhile, Marilee offered an interpretive dance to the Bela Fleck music playing in the background.

Peter and I have now left our phones plugged in downstairs for one week running, as one step in a new commitment to reduce our reliance upon these devices throughout our household. The kids agreed that we won’t use screens until the afternoon, and we also won’t ask about using them until after lunch. And we reminded them, and ourselves, again, that the purpose of all of this is not to punish ourselves, not to deny fun, not to belittle entertainment. Rather, it is to become more and more fully human, to deepen ourselves and to connect in deeper ways to God, to our own feelings and hopes and dreams, to the natural world, and to one another.

(The above photo is from our town’s sculpture walk–60 sculptures positioned around the town center, which took us over an hour to see. Walking around and talking about sculpture asked more of us than an equivalent hour in front of a screen ever would have. I’m trusting it gave us more too.)