What if You Don’t Need to Be Successful? (Or, Advent Reflections on Joy) 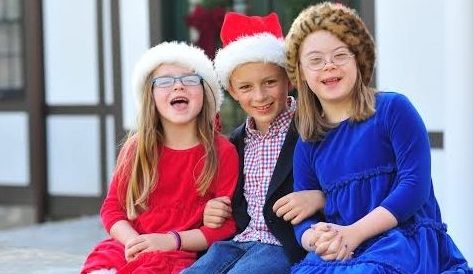 I was grumpy for a few years. Maybe not every day. But most days. And at the core of my being, deep inside my heart, lay a stone, a slowly growing bitter stone of resentment and self-pity. I told myself it was because of my circumstances. In 2012, we moved with three children six and under, to a new house and a new town for my husband’s new job. I found myself in a cold, dark rental property while the house that came with the job was under renovation. I found myself spending hours every day consulting about fabric and paint samples and not writing. I found myself known as the “wife of” and the “mother of” rather than as someone with my own personality, my own passions, my own abilities. I found myself yelling at the children. I found myself unable (unwilling?) to pray.

I’ve written about those years—ones marked for me by dark, cold nights and a growing friendship with wine and nachos—before, but I was reminded of them last week when we watched It’s a Wonderful Life as a family. If you haven’t seen it, first of all—run, don’t walk, to the nearest library and check out a copy. But in case you don’t follow that fabulous advice or in case you forget, It’s a Wonderful Life is the story of George Bailey, a man who grows up in small town Bedford Falls. George is smart and handsome and filled with hope for his future. He’s going to college and then he’s going to travel the globe and become an engineer and build things and change the world.

He never achieves any of his goals. He never goes to college. He never travels anywhere. He never becomes an engineer. He never builds anything. Instead, he marries a hometown girl and takes over his father’s floundering business and has four kids. And one Christmas Eve, he comes face to face with the failure of his life. He sees how pointless it all has been. He realizes that he never fulfilled his potential and maybe he didn’t even have the potential in the first place. He wishes he had never been born.

Then Clarence, an angel second class, appears. Clarence shows George what the world would have been like without him in it. He shows him how small acts of kindness and self-sacrifice and duty change the world. He shows him the beauty of faithfulness in small things, like trusting a neighbor, like loaning a little money to a friend, like employing his Uncle Billy even though he is slightly incompetent. George’s life seems so inconsequential, so small, until he sees how the small acts of love add up to a life that matters. His resentment and self-pity and self-loathing turn to joy.

Watching it for the umpteenth time, I wept. With each decision to serve someone else instead of himself, with each opportunity to make it big that George gives up, with the dawning recognition that his life was never valuable because of his aspirations or abilities, but was always valuable because of love, I wept.

There’s a passage in the Bible that I think is related to George Bailey, and to me, and to all of us who think we need impressive resumes and accomplishments in order to prove our worth to the world. It’s a passage that has puzzled me for years. It comes at the end of Paul’s letter to the Philippians, where he writes, “I have learned the secret of being content in all circumstances.” Paul is writing from prison, so he clearly is not in the midst of fantastic circumstances. He’s been beaten and shipwrecked and deprived of food. He’s uncertain whether he will be released or be executed. And yet he claims to be content. He also claims that being content in all circumstances is something “secret,” something he had to learn. In the midst of my many years of discontent, I figured I just hadn’t learned the secret yet.

But when I read through Philippians again last summer I realized Paul had been trying to teach me the secret too. He hints at it when he says, just a sentence later, “I can do everything through Christ who strengthens me.” And, sure, the reason Paul is content even in the midst of prison and even when facing death has to do with his faith in Jesus. But the whole book of Philippians offers the key to this secret of contentment. And the theme of Philippians is joy.

For Paul, joy is a verb. “Rejoice!” he writes, over and over. “I say it again, rejoice!” As if joy is something to practice. Not a response to something fabulous happening, not a feeling, but an active way of being in the world. A choice. A choice even in the face of prison, death, failure, or the long and lonely nights of winter.

George Bailey’s circumstances didn’t change, but his view of his life changed. He went from despair to joy without ever leaving his disappointing little town. He found the secret to contentment whatever his circumstances.

I don’t know if I were to go back in time to four years ago, to that cold dark house with small children and an identity crisis, if I would be able to carry Paul’s exhortation with me and rejoice. I hope I would. Even now, I can’t claim to have learned the secret to being content in full. (Was it just this morning that I grumbled at my husband for not rinsing the crud out of the sink after he did the dishes?) But I know contentment begins with the choice to be joyful. What better time to start practicing joy but now?

PrevPreviousWhen You Want to Say “&%$!” to God (Or: Advent Reflections on Hope)
NextWhen God Doesn’t Clean Up the Mess in Your LifeNext